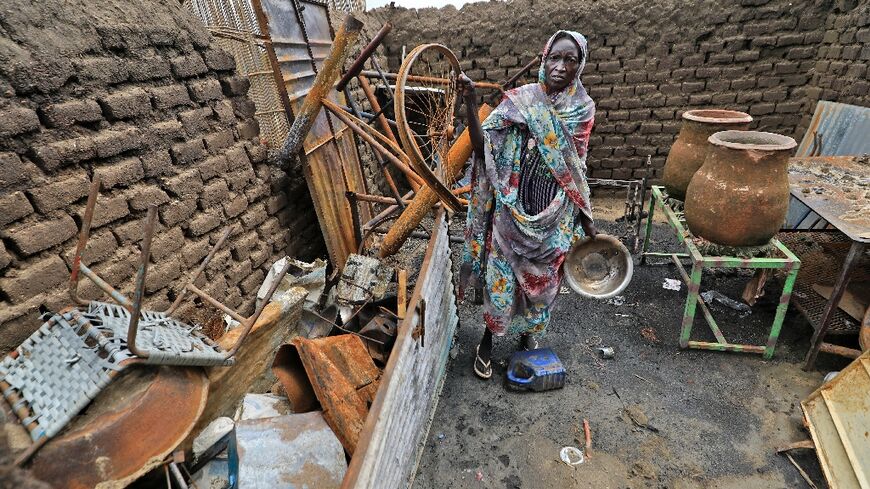 At least 150 people including children have been killed in two days of fighting in the latest ethnic clashes over land disputes in Sudan’s southern Blue Nile state, a medic said Thursday.

The fighting is some of the worst in recent months, and crowds took to the streets of the Blue Nile state capital Damazin in protest, chanting slogans condemning a conflict that has left hundreds dead this year.

Clashes in the Blue Nile broke out last week after reported arguments over land between members of the Hausa people and rival groups, with residents reporting hundreds fleeing intense gunfire and homes set ablaze.

The fighting centered around the Wad al-Mahi area near Roseires, about 500 kilometers south of the capital, Khartoum.

“A total of 150 people including women, children, and elderly were killed between Wednesday and Thursday,” said Abbas Moussa, head of Wad al-Mahi hospital. “Around 86 people were also wounded in the violence.”

On Thursday, hundreds marched through Damazin, some calling for the state governor to be sacked, witnesses said.

“No, no to violence,” the demonstrators chanted.

Eddie Rowe, the United Nations aid chief for Sudan, said he was “deeply concerned” at ongoing fighting, reporting that “an unconfirmed 170 people have been killed and 327 have been injured” since the latest unrest began Oct. 13.

The U.N. mission in Sudan said it was alarmed by the resurgence of conflict in the Blue Nile, a region awash with guns bordering South Sudan and Ethiopia, that is still struggling to rebuild after decades of civil war.

Last week, clashes in the same area of Blue Nile sparked by a dispute over land issues left at least 13 people dead and 24 injured, according to the U.N. Office for the Coordination of Humanitarian Affairs.

Authorities imposed an overnight curfew in a bid to contain the violence.

The military power grab upended a transition to civilian rule launched after the 2019 ouster of strongman Omar al-Bashir, who ruled for three decades.

“Sustainable peace won’t be possible without a fully functional credible government that prioritizes local communities’ needs including security, and addresses the root causes of conflict,” the U.N. added.

A surge in ethnic violence in recent months has highlighted the security breakdown in Sudan since the coup.

More than 546 people were killed and more than 211,000 were forced to flee their homes in inter-communal conflicts across the country from January to September, according to the UN.

Fighting between the Hausa people and other groups first broke out in July, with about 150 people recorded as dead and about 125 wounded until early October, according to a toll reported by OCHA.

The July clashes erupted after Hausa members requested the creation of a “civil authority,” that rival groups saw as a means of gaining access to land.

The clashes also triggered angry protests across Sudan, with the Hausa people demanding justice for those killed.

In a separate conflict, violence broke out earlier this week around Lagawa in West Kordofan between the Nuba and Arab Misseriya groups, also in the south of Sudan, some 580 kilometers southwest of Khartoum.

The government’s Humanitarian Aid Commission reported 19 dead and 34 injured in that conflict, according to the U.N., with 36,500 people fleeing the violence.