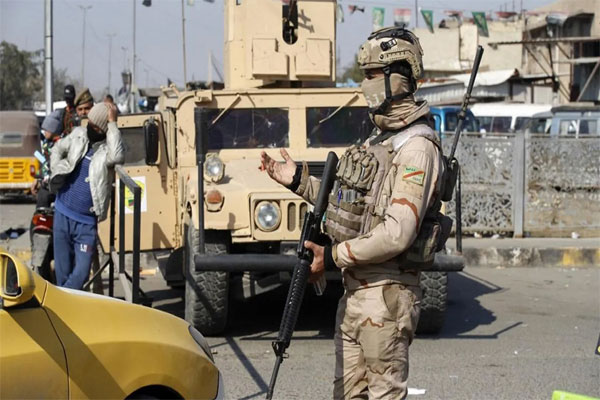 Baghdad, Sep 5 (IANS): A total of five Islamic State (IS) militants, including two local leaders, were killed in an operation to track down IS militants in northern Iraq, the Iraqi military said.

A statement by the media office of Iraq’s Joint Operations Command (JOC) said on Sunday that the Iraqi security forces attacked two IS hideouts, killing three IS militants inside, during an operation in Iraq’s northern province of Kirkuk.

The troops found four explosive devices, an explosive belt, a motorcycle, a camera, and other equipment at the hideouts, the statement added.

An anonymous security source told Xinhua that one of the killed militants is known as the local security leader of the al-Dibis area in the northwestern part of the province.

Another JOC statement said that a joint force from the army and paramilitary Hashd Shaabi killed a local IS leader in the Himreen mountain range and another militant after surrounding them in the mountainous area on the provincial border between the provinces of Kirkuk and Salahudin.

Over the past months, Iraqi security forces have conducted operations against extremist militants to crack down on their intensified activities, Xinhua news agency reported.

The security situation in Iraq has been improving since the defeat of the IS in 2017. However, its remnants have since melted into urban centres, deserts and rugged areas, carrying out frequent guerilla attacks against the security forces and civilians.