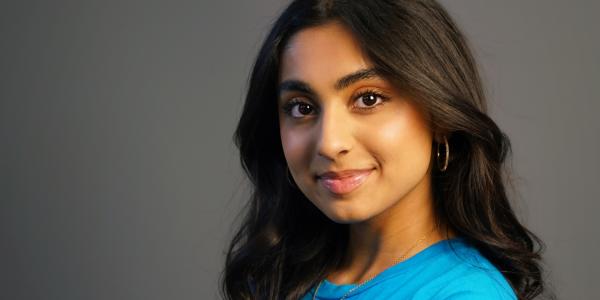 Canadian Screen Award-winning actor, and Harvard freshman Saara Chaudry announced today that she is taking on a new, exciting role as UNICEF Canada Ambassador. Today, as part of her new role, she hosted UNICEF Canada’s virtual Youth Activism Summit. She also invited all Canadians to celebrate the upcoming National Child Day on November 20 with a series of activities and events to champion children’s rights in Canada.

“My journey with UNICEF Canada began as a UNICEF Youth Advocate, and I am thrilled to continue that journey as a UNICEF Canada ambassador,” said Saara Chaudry. “The work that UNICEF Canada is doing is vital. There is so much more that needs to be done at home in Canada and around the world for children and youth, especially after enduring years of the pandemic. I am humbled to continue to learn more about the most pressing issues, speak out against injustice, and do the important and necessary work that is needed in order to enforce change for those who need it most. This National Child Day and World Children’s Day I encourage everyone to #GoBlue and speak up for every child’s right to a childhood.”

November 20 marks the date in 1989 that the United Nations Convention on the Rights of the Child came into effect, and is celebrated around the globe as World Children’s Day. It is dedicated to shining a light on the rights of children and youth, and listening to what they have to say about issues that matter to them.

“National Child Day and World Children’s Day is an occasion to remember that all children have all the rights included in the Convention on the Rights of the Child, without exception,” said David Morley, President and CEO, UNICEF Canada. “It is important for children and adults to know and understand children’s rights. As adults, we also have a responsibility to support children as they learn how to use their rights, to respect them, and to listen to their views when we make decisions affecting them. We’re calling on everyone to recognize, talk about and make a commitment to the rights of children and youth in Canada.”