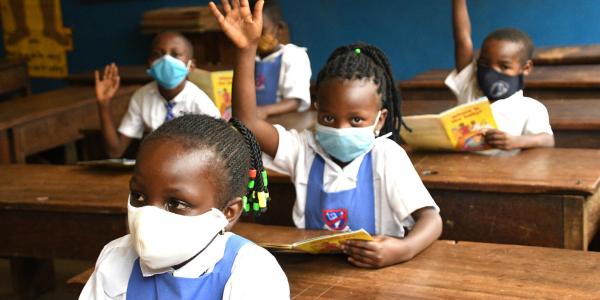 Children from the poorest households benefit the least from national public education funding, UNICEF said in a new report released today, while calling for additional – and more equitable – investment to lift millions of children out of a learning crisis.

“We are failing children. Too many education systems around the world are investing the least in those children who need it the most,” said UNICEF Executive Director Catherine Russell. “Investing in the education of the poorest children is the most cost-effective way to ensure the future for children, communities and countries. True progress can only come when we invest in every child, everywhere.”

The report examines data on government spending across pre-primary, primary, secondary, and tertiary education from 102 countries. It found that a one percentage point increase in the allocation of public education resources to the poorest 20 per cent may pull 35 million primary school-aged children out of learning poverty. The study noted that around the world, public education spending is more likely to reach learners from wealthier households in both low- and middle-income countries.

According to the report, children living in poverty are less likely to have access to school and drop out sooner. In addition, children from poor households are less represented in higher levels of education, which receive much higher public education spending per capita. They’re also more likely to live in remote and rural areas that are generally underserved and on the wrong side of the digital divide.

Even before the COVID-19 pandemic, education systems around the world were largely failing children, with hundreds of millions of students attending school but not grasping basic reading and mathematics skills. Recent estimates show that two-thirds of all 10-year-olds globally are unable to read and understand a simple story.

According to the report, a key step to addressing the learning crisis is for governments to provide equitable financing and prioritize public education resources, including increasingly focusing on foundational learning. This entails securing public funding for pre-primary and primary education for all and targeting the poor and marginalized at higher levels of education.

Other findings from the report include:

PAKISTAN’S RAINS MAY HAVE STOPPED, BUT CHILDREN ARE STILL DYING - UNICEF