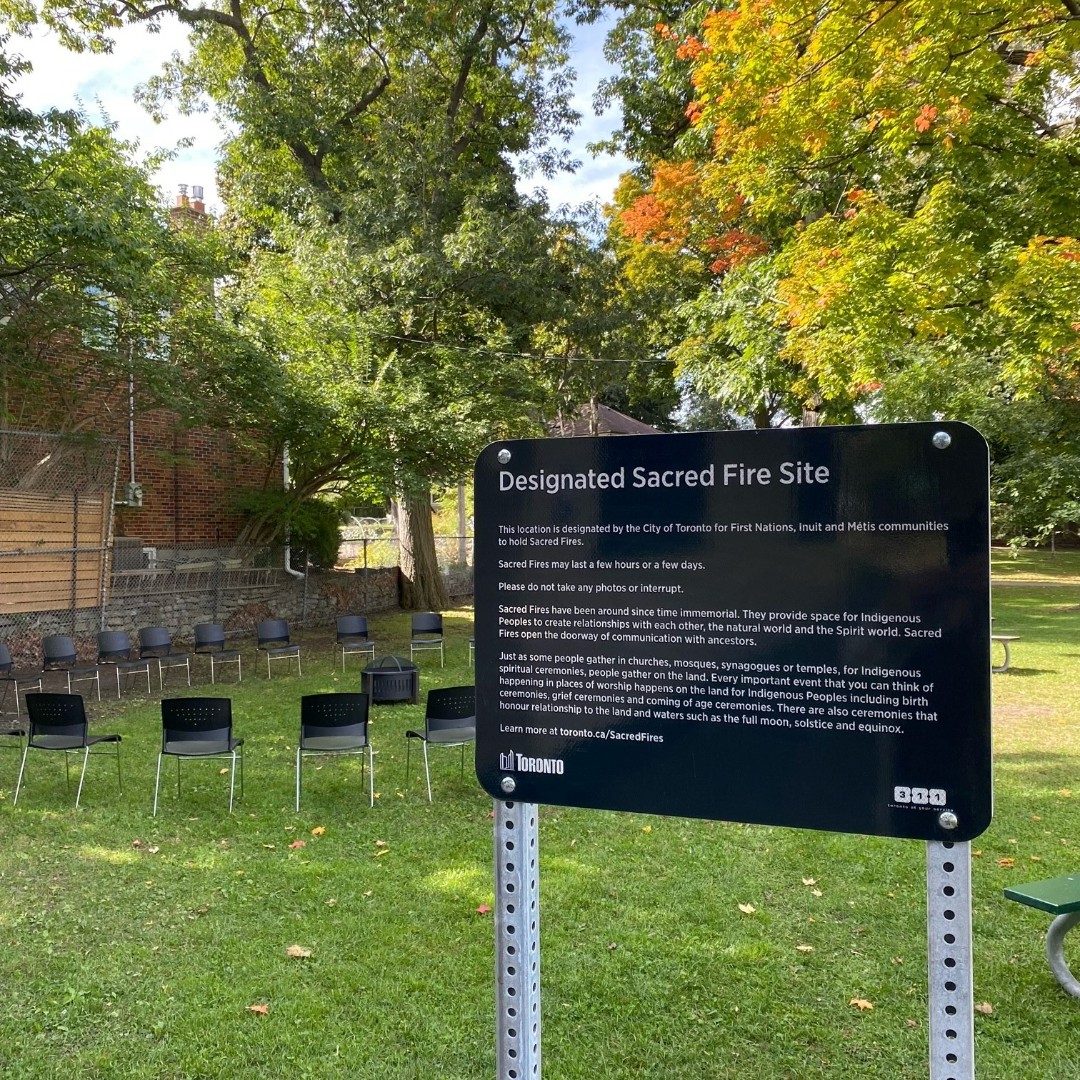 These designated sites were selected following engagement with First Nations, Inuit and Métis Peoples in Toronto, who identified a need for Sacred Fire sites in these areas. Sacred Fires have existed since time immemorial for Indigenous Peoples and are used for wellness, healing and gatherings. The City recognizes the inherent rights of Indigenous Peoples to have access to Sacred Fires. With designated sites, the City aims to create safer access to land for ceremony, minimize interruptions to ceremony and continue to build relationships to meet the needs of Indigenous communities.

Booking a designated Sacred Fire site is free. The booking system is managed by the City’s Indigenous Affairs Office (IAO), in order to support Indigenous community members with using and sharing theses spaces. Each booking includes basic materials to build a Sacred Fire including firewood, a fire bowl, ash bin and chairs. Site users must provide their own lighter, medicines, kindling and Fire Keeper. For more information, visit Toronto.ca/SacredFires.

Indigenous residents are encouraged to book their Sacred Fire sites at least two weeks in advance, wherever possible. Certain ceremony types that often take place at short notice, such as Grief Ceremonies, may take priority over others if multiple bookings are requested for the same date.