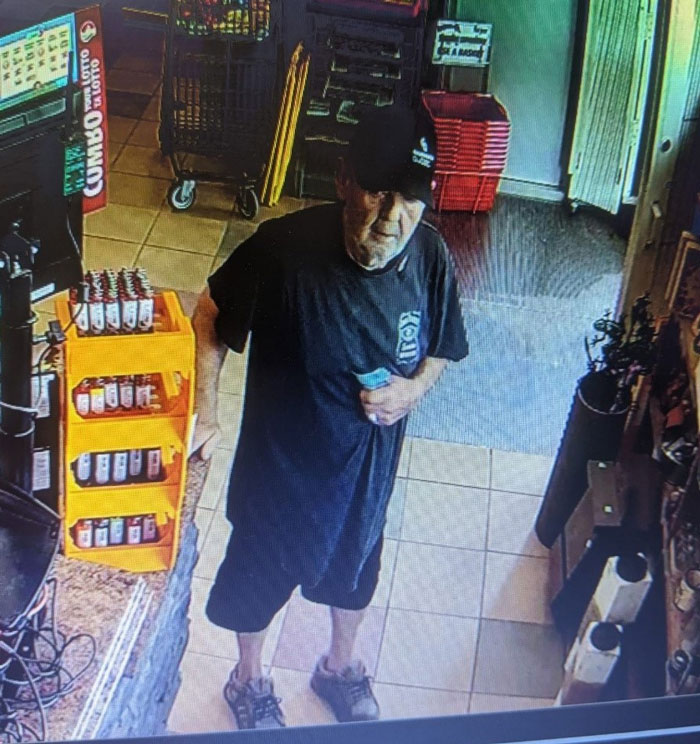 The New Brunswick RCMP has received clarified information related to a missing 72-year-old man who was last seen in Sunny Corner on August 7, 2022. Based on this information, police are asking to speak to anyone who may have been on Highway 108 between Renous and Plaster Rock between 2:15 and 4 p.m. on August 5.

“If you have dash cameras, doorbell cameras, or wildlife cameras along Highway 108 that would have been active between 2 and 4 p.m. on August 5, please contact police,” says Cpl. Keith Gill of the Sunny Corner RCMP. “You may have footage that could help us locate Lucien Dubois.”

Lucien Dubois was observed on video surveillance at the Irving gas station in Sunny Corner, on August 5. He has not been seen or heard from since. Police initially received information that he was at the gas station at 3 p.m., they have now confirmed the time he left the gas station was 2:06 p.m. When he left the gas station, his direction of travel was towards Metepenagiag (Red Bank) First Nation. Police believe it is likely he would have taken Highway 415 towards Renous.

In addition, police have determined that a possible interaction that night in Pokemouche did not occur at the time initially reported. As a result, it is no longer believed that Lucien Dubois was on Highway 11 in Pokemouche on the night of August 5.

Lucien Dubois is described as being approximately five feet five inches (165 centimetres) tall, and weighing approximately 150 pounds (68 kilograms). He is baldheaded and has hazel eyes. He was last seen wearing a black Jack Daniels t-shirt, dark shorts, sneakers, and a black baseball hat with a white logo with the word “Quebec” on it.

Lucien Dubois has a medical condition that may cause him to become disoriented. Police and his family are concerned for his well-being.

Anyone with information on the whereabouts of Lucien Dubois is asked to contact the Sunny Corner RCMP at 506-843-9400.

5 days ago
Follow US
Find us on Facebook
Featured Posts
Don’t want to talk about personal life: Apu on Shakib-Bubly issue
7 hours ago