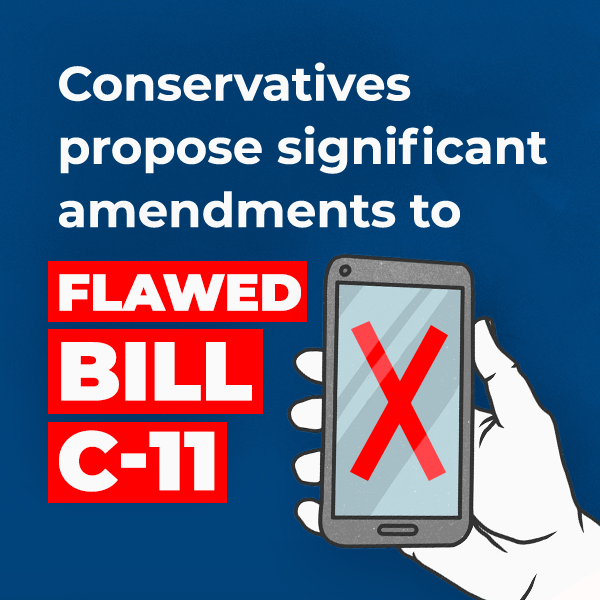 Ottawa, ON – John Nater, Conservative Shadow Minister for Canadian Heritage, released the following statement highlighting key amendments that must be made to internet regulation Bill C-11:

“Conservatives are proposing significant amendments to the incredibly flawed attempt by the Liberals to amend the Broadcasting Act, that is Bill C-11. Experts have raised alarm bells at how negatively this bill will affect not only independent creators but every Canadian who watches videos or listens to music or podcasts online. We have heard from countless witnesses and industry stakeholders and there are still many more to hear from if we are to do our job properly as parliamentarians and give this unprecedented bill the scrutiny it deserves.

“What has become obvious, is that C-11 cannot be allowed to proceed in its current form and requires:

“The Liberal government must also release their Policy Directive to the CRTC. Artists, creators, broadcasters, and all Canadians deserve to know how Bill C-11 will be implemented.

“The bottom line is that the Liberal government has failed to be transparent in their attempts to make changes to the Broadcasting Act. Countless witnesses called by all parties still wish to speak about this legislation that will directly affect their livelihoods. Instead of hearing them out, the Liberals are determined to force a bill through that is both unprecedented in scope and will have clear negative impacts on Canadian creators.

“While Liberals continue to obfuscate on Bill C-11, Conservatives will continue to defend the rights and freedoms of Canadians who are rightfully concerned about the impact of this legislation.”