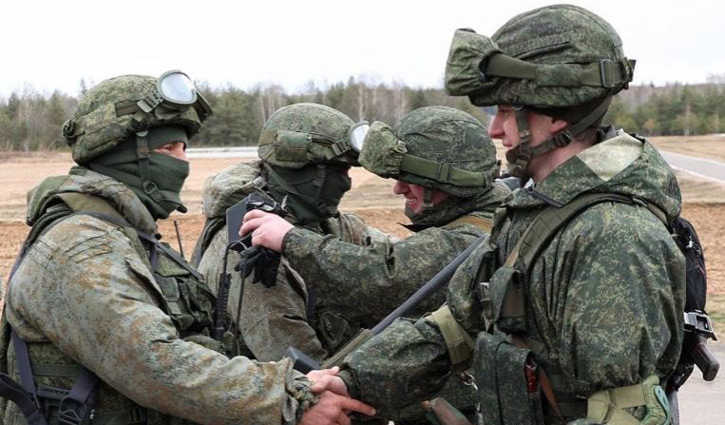 The first convoy of Russian forces has arrived in Belarus, the country’s defence ministry said on Saturday, as part of a regional force “exclusively to strengthen the protection and defence of the border” with Ukraine.

It comes days after Belarusian President Alexander Lukashenko, a close ally of his Russian counterpart Vladimir Putin, said that Minsk and Moscow will deploy a joint military task force in response to what he called an aggravation of tension on the country’s western borders.

Lukashenko also accused Poland, Lithuania and Ukraine of training Belarusian radicals “to carry out sabotage, terrorist attacks and to organise a military mutiny in the country”.

Lukashenko relies financially and politically on Russia. Moscow helped the Belarusian president quell pro-democracy protests that erupted following his victory in the disputed presidential election in 2020.

The Belarus leader allowed his country to be used by Moscow’s troops to launch the invasion of Ukraine. But Belarusian armed forces have until now not taken part in the offensive.

Now, the joint force’s deployment raises fears that Belarusian troops could join Russian forces in their offensive in Ukraine.

Ukrainian President Volodymyr Zelenskyy accused Russia of “trying to directly draw Belarus into this war” at a G7 meeting on Tuesday, calling for an international observers’ mission to be placed on the Ukraine-Belarus border.

The latest development comes as the Russian military offensive has witnessed a series of setbacks after losing ground in the northeast and south of Ukraine. In a further blow to Moscow last week, a huge explosion damaged the Kerch bridge linking annexed Crimea to mainland Russia. The damaged bridge – a key supply route for Russian soldiers – will not be repaired until July, a document published on the Russian government’s website said. Kyiv has not claimed responsibility for the attack.

Russia has carried out a barrage of missile and drone attacks across Ukraine after blaming Kyiv for the Kerch bridge blast. A hospital, a kindergarten and other buildings in the town of Nikopol, across the river from the Russian-occupied Zaporizhzhia nuclear power plant, were targeted.