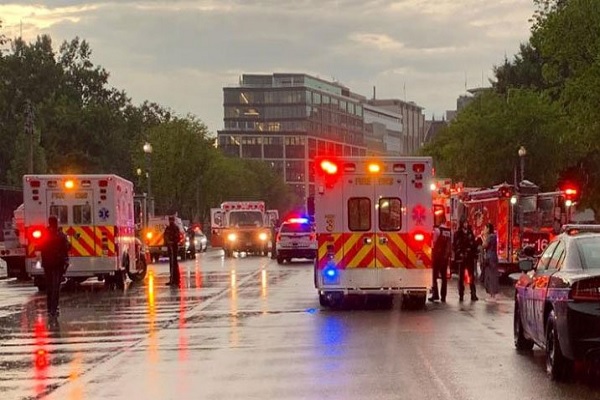 Four people have been critically injured after a lightning strike outside the White House, fire officials said on Thursday.

The District of Columbia fire and emergency medical services department said the four people were injured in Lafayette Park, located directly outside the White House complex. They were all taken to local hospitals in critical condition. A portion of the park remained closed Thursday evening with emergency crews at the scene.

According to the bbc news, The identities of those injured have not yet been confirmed.

The National Weather Service had issued a thunderstorm warning for the area on Thursday evening.

Lafayette Square is a seven-acre public park directly north of the White House. It is often crowded with visitors, especially during the summer.

US and Canada agree to cooperate in Bhasan Char