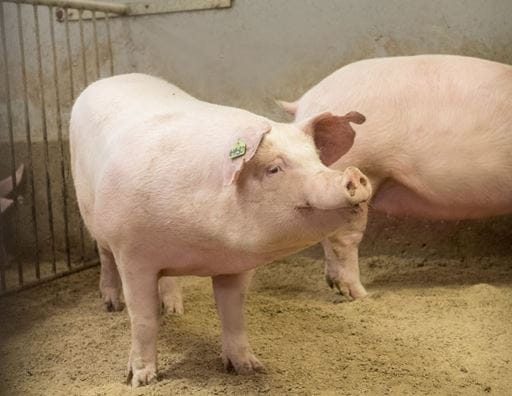 On 18th January, Saskatchewan Agriculture Minister David Marit announced $700,000 in funding to support swine disease mitigation efforts. Sask Pork will also be providing $300,000 toward a swine market disruption plan, which will help industry respond to potential market closures due to an animal health emergency event such as African swine fever.

“Mitigation of, preparedness for, and response to animal diseases are all critical factors in supporting the Saskatchewan swine industry,” Marit said. “This funding will support a healthy hog sector and protect hog producers and abattoirs during potential market disruptions.”

The funding will support the creation of a cull line at the sow processing facility Donald’s Fine Foods is constructing in Moose Jaw. This would allow for humane slaughter of domestic hogs if a serious swine disease outbreak ever temporarily stopped trade.

“The pork industry has been working diligently on both prevention, such as biosecurity improvements, and preparedness, so infrastructure is in place to respond if African swine fever were to enter the country,” Sask Pork Board Chair Toby Tschetter said. “We appreciate the collaboration with the provincial government and industry that made today’s announcement possible.”

“Ensuring Saskatchewan’s pork industry is positioned to respond to a potential market disruption and safeguard animal welfare is key to the continued success of the sector,” North 49 Foods CEO Allan Leung said. “We are pleased to play a role in this important plan.”

African swine fever (ASF) is a viral disease that only impacts pigs. To date, ASF has never been detected in Canada.

The public can reduce the risk of ASF infection in Saskatchewan pigs by declaring all animal and food products, as well as out-of-country farm visits at the border, when entering Canada, to prevent the spread of foreign animal diseases.