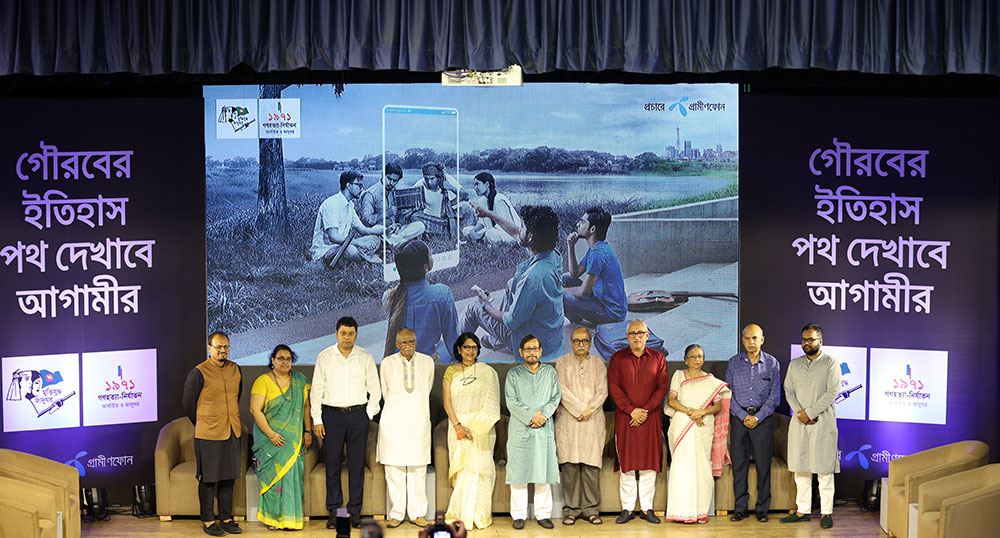 Liberation War Museum is a one-of-its-kind initiative to preserve, document, and archive the glorious history of our liberation war, whereas 1971: Genocide- Torture Archive and Museum’s objective is to identify and archive the records of the genocide committed in Bangladesh during the liberation war. Many visit these museums to learn about the history of the Liberation War. However, it is difficult for people living in other areas of the country to come and visit these places physically. Realizing this, the tech service leader has created an interface on the MyGP app with a view to create opportunities for all to access the museum digitally from anywhere in the country and experience the history of the war.

Leading the discussion, Asaduzzaman Noor MP, shared, “Our liberation war is not only our pride but also a great source of inspiration for the young generation. The war has lots of stories to tell, like that of martyred intellectual Mohammed Fazle Rabbee, the doctor who risked his life to help freedom fighters, and Shirin Banu Mitil, the valorous freedom fighter who disguised herself as a man to take part in the liberation war. The museum is a reality today because of the enthusiastic support from the nation. Everyone, starting from students to businessmen, has contributed. The unwavering support of our Honorable Prime Minister, Sheikh Hasina, has made establishing the museum possible. I sincerely thank Grameenphone for creating such a marvelous opportunity for the countrymen to explore the Liberation War Museum virtually. This is a commendable step.”

Grameenphone CEO Yasir Azman said, “Grameenphone CEO Yasir Azman said, “Grameenphone believes in empowering people and societies through technology. With digitalization, I believe it is also essential to stay grounded and to know our roots by heart, especially for the youth of our nation. So, we brought our liberation war history at the palms of the people, to empower them by taking learnings from the struggles and sacrifices of our valorous martyr. The sacred memory of the millions who were slain but not silenced will continue to inspire generations to fight injustice and pave our way towards glorious days ahead.”

The history of liberation is now available at everyone’s fingertips. With 4G connectivity available nationwide owing to relentless efforts by Grameenphone, people can now know about the history of the liberation war and the sacrifices of freedom fighters through virtual experience with just a tap on the MyGP app. The time is now to delve deeper into history and take inspiration to do your bit for the development of the country and make a difference.