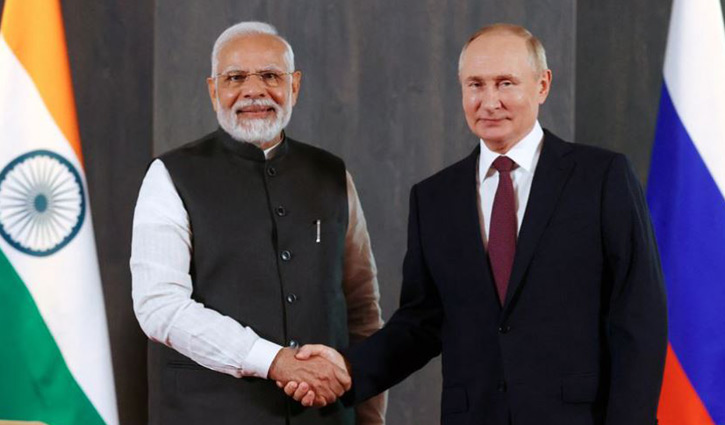 Indian Prime Minister Narendra Modi told Russian President Vladimir Putin on Friday that now was not the time for war, directly assailing the Kremlin chief in public over the nearly seven-month-long conflict in Ukraine.

Locked in a confrontation with the West over the war, Putin has repeatedly said Russia is not isolated because it can look eastwards to major Asian powers such as China and India.

But at a summit of the Shanghai Cooperation Organisation (SCO), concerns spilled out into the open.

“I know that today’s era is not an era of war, and I have spoken to you on the phone about this,” Modi told Putin at a televised meeting in the ancient Uzbek Silk Road city of Samarkand.

As Modi made the remark, Russia’s paramount leader since 1999 pursed his lips, glanced at Modi and then looked down before touching the hair on the back of his head.

Putin told Modi that he understood the Indian leader had concerns about Ukraine, but that Moscow was doing everything it could to end the conflict.