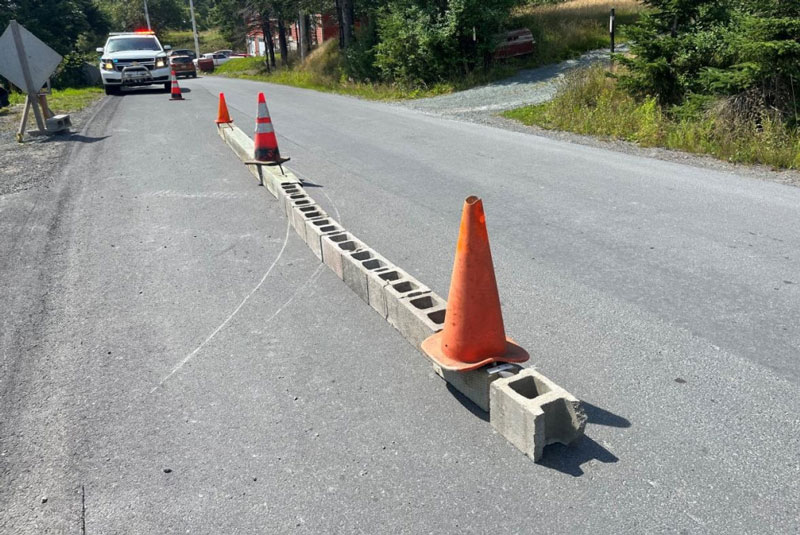 A 59-year-old man was arrested by Bay Roberts RCMP on August 29, 2022, and now faces a number of criminal charges.

August 29, at noon, police received a request to attend a residential area in Spaniard’s Bay where a man was reportedly obstructing construction crews who were completing work along the roadway. Officers arrived at the scene and observed that the man had homemade barriers erected on the roadway and was refusing to remove them. The man became irate with one of the officers, yelled obscenities and assaulted him.

He was arrested, was transported to the detachment and was later released on conditions. The man is set to attend court at a later date to face charges of assaulting a police officer, resisting arrest and causing a disturbance.

Witnesses who have not yet spoken to police or those having video surveillance of the incident are asked to contact Bay Roberts RCMP at 709-786-2118.