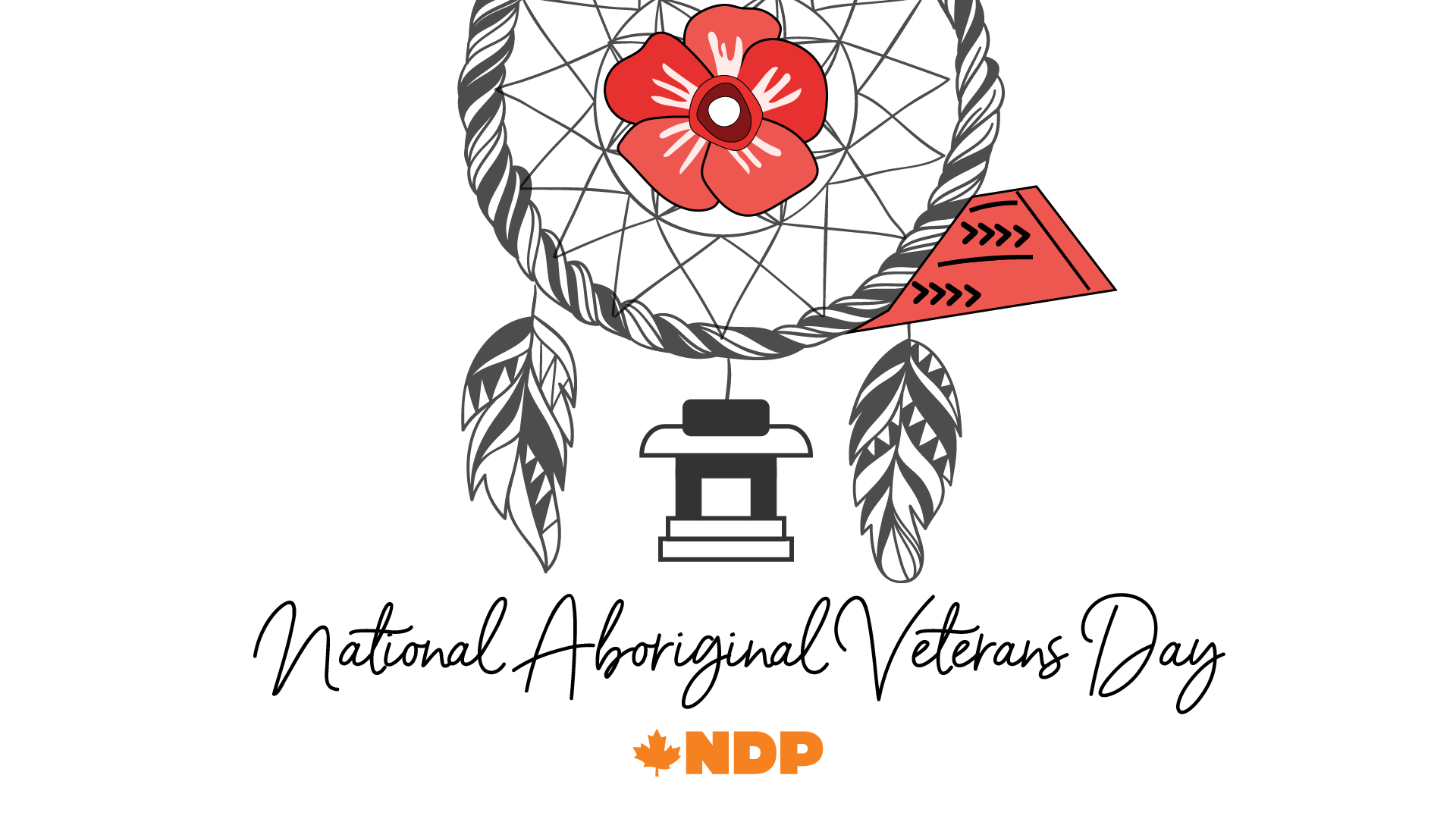 Indigenous peoples have a long and proud history of military service to Canada – from assisting in the First World War to the Cree Code Talkers in the Second World War, and many other military accomplishments. We honour those who served and those who lost their lives fighting for our freedom.

But while we recognize Indigenous peoples’ successes in service to Canada, we must also reflect on the failures of Canada to Indigenous veterans. After risking their lives for our country, many lost their status after returning from war because they had been absent from their reserve. Their country denied them the rights they had been fighting to preserve, and yet they continued to serve. We must always remember their resilience, their bravery, and their stories to ensure a better future for everyone who serves Canada.

We stand with Indigenous peoples in reconciliation and will continue to push the government to work towards removing the systemic discrimination in our institutions. We call on Canadians to join New Democrats in honouring the service of all Indigenous veterans, now and in the future.