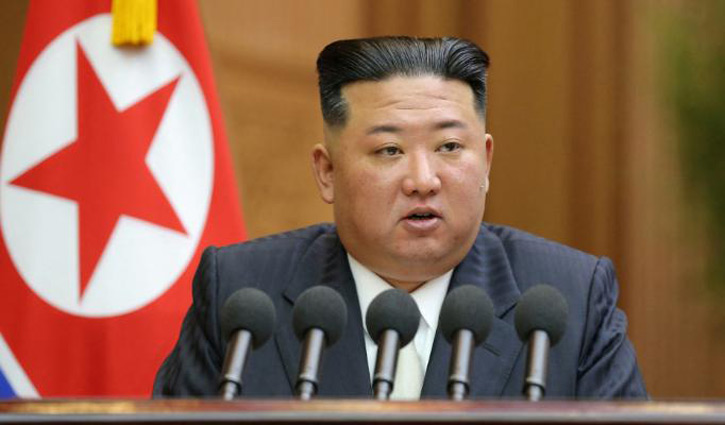 North Korea has passed a new law declaring itself a nuclear weapons state in a move leader Kim Jong Un says is “irreversible.”

Kim vowed the country would “never give up” its nuclear weapons and said there could be no negotiations on denuclearization as he hailed the passage of the law, North Korean state media reported Friday.

The new law also enshrines Pyongyang’s right to use preemptive nuclear strikes to protect itself – updating a previous stance under which it had said it would keep its weapons only until other countries denuclearized and would not use them preemptively against non-nuclear states.

Nuclear weapons represent the “dignity, body, and absolute power of the state,” Kim said as he welcomed the decision by the country’s rubber-stamp parliament – the Supreme People’s Assembly – to pass the new law in a unanimous vote.

“The adoption of laws and regulations related to the national nuclear force policy is a remarkable event as it’s our declaration that we legally acquired war deterrence as a means of national defense,” Kim said.

“As long as nuclear weapons exist on Earth, and imperialism and the anti-North Korean maneuvers of the US and its followers remain, our road to strengthening our nuclear force will never end.”

The new law also bans the sharing of nuclear technology with other countries, reports CNN.

It comes amid rising regional tensions over North Korea’s expansion of its nuclear weapons and missiles program.

Kim has made increasingly provocative threats of nuclear conflict toward the United States and its allies in Asia in recent months.

At the same time, the US has become increasingly concerned that North Korea may be preparing to carry out its first underground nuclear test in years.

Yang Moo-jin, a professor at the University of North Korean Studies in Seoul, said the law demonstrated Pyongyang’s hopes of strengthening its relations with China and Russia at a time of heightened global tensions.