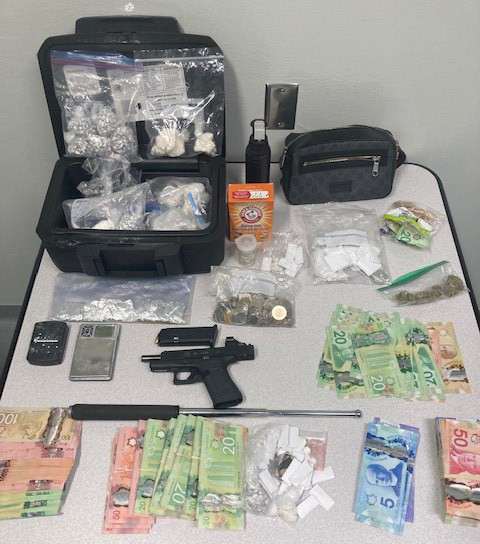 Police seized 80 grams of individually wrapped crack cocaine, 300 grams of cocaine, a loaded handgun, and an undisclosed amount of Canadian currency. The approximate street value of the drugs is $38,000.

Three males from Winnipeg, aged 18, 21, and 22, were arrested and charged with Possession for the Purpose of Trafficking and Possession of Cocaine, as well as firearm-related charges. They have all been released with a court date, meaning charges have not been sworn and the names cannot be released.

The investigation continues and further arrests are anticipated.

Those who produce and traffic illicit drugs destroy lives, homes, and communities. The RCMP remains fully committed to enforcing laws against illicit drugs to their fullest extent.