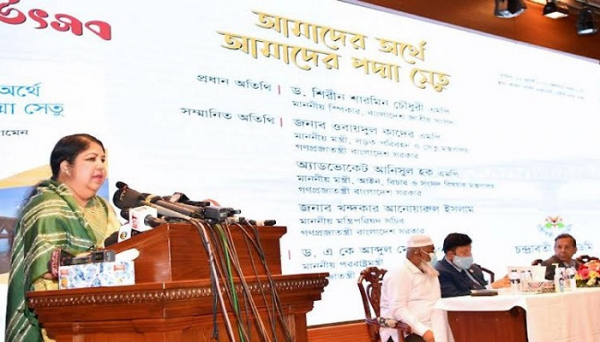 Jatiya Sangsad (JS) Speaker Dr Shirin Sharmin Chaudhury today said the construction of Padma Bridge is a milestone for Bangalee nation’s self-esteem and a symbol of pride, honour and ability of the nation.

“The Padma Bridge is the dignity of the Bangalee nation. The bridge symbolizes honesty, bravery, determination and depth of wisdom of Prime Minister Sheikh Hasina as she has made the much-hyped bridge combating all the conspiracies,” said Dr Shirin Sharmin.

The speaker said this while addressing as the chief guest a function to unveil the cover of a book titled “Our Padma Bridge by Our Money”, edited by Foreign Minister AK Abdul Momen at Foreign Service Academy in the capital.

She said the book, that portrayed different aspects of building the Padma Bridge, would be considered as an important document of Bangladesh’s development history.

Terming the Padma Bridge as a symbol of Bangladesh’s capability, the speaker said, ignoring many obstacles and breaking the web of conspiracy, the much-desired bridge stands on the chest of turbulent Padma River because of the dynamic leadership of Prime Minister.

Presided over by the Foreign Minister, the book-unveil ceremony was also addressed by Law, Justice and Parliamentary Affairs Minister Anisul Huq, State Minister for Foreign Affairs Shariar Alam and Cabinet Secretary Khandker Anwarul Islam, among others. 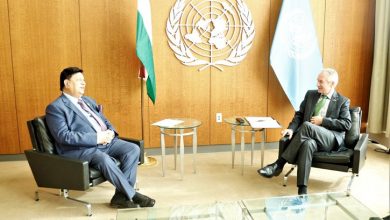 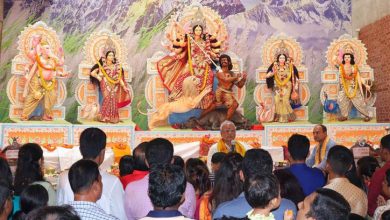 BNP will continue movement till next election

3 days ago
Follow US
Find us on Facebook
Featured Posts
Don’t want to talk about personal life: Apu on Shakib-Bubly issue
9 hours ago