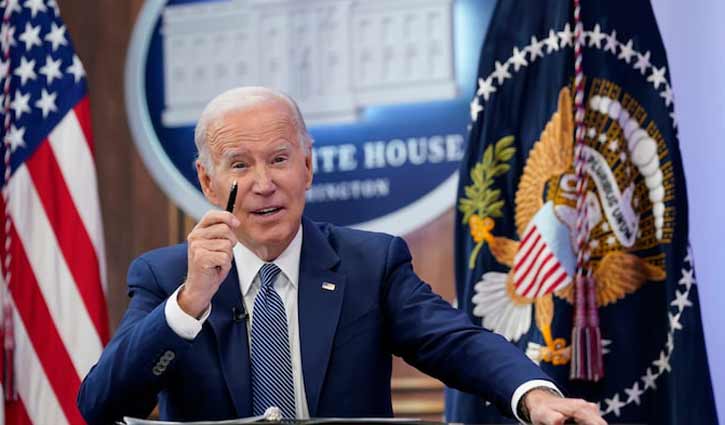 United States President Joe Biden said Pakistan may be “one of the most dangerous nations in the world” as the country has “nuclear weapons without any cohesion”, it emerged on Saturday.

He made the remarks while addressing a Democratic congressional campaign committee reception on Thursday.

A transcript of the address, published on the White House’s website, quoted Biden as saying: “… And what I think is maybe one of the most dangerous nations in the world: Pakistan. Nuclear weapons without any cohesion.”

The US president’s remarks were made in the context of the changing geopolitical situation globally.

He said the world was changing rapidly and countries were rethinking their alliances. “And the truth of the matter is — I genuinely believe this — that the world is looking to us. Not a joke. Even our enemies are looking to us to figure out how we figure this out, what we do.”

There was a lot at stake, Biden said, emphasising that the US had the capacity to lead the world to a place it had never been before.

“Did any of you ever think you’d have a Russian leader, since the Cuban Missile Crisis, threatening the use of tactical nuclear weapons that would — could only kill three, four thousand people and be limited to make a point?

Talking about his Chinese counterpart Xi Jinping, the US president termed him as a man who knew what he wanted but had an “enormous” array of problems.