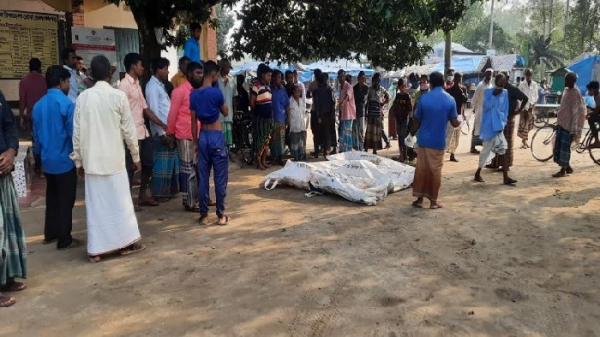 The death toll from Sunday’s boat capsize in the Karatoa River in Boda Upazila of Panchagarh has risen to 66 with the recovery of 14 more bodies on Tuesday morning. Many are still missing.

Sheikh Md Mahabubul Alam, Assistant Deputy Director of Fire Service and Civil Defence of Panchagarh said, ‘Eight fire service units of Panchagarh and surrounding districts are doing rescue work since morning. Apart from this, a total of 9 people in three diving teams from Rangpur, Kurigram, and Rajshahi participated in the rescue operation. So far 66 bodies have been recovered. Many more are missing. the rescue operation will continue to recover those who are still missing from the incident.

Meanwhile, relatives of the missing people have been searching for their missing people on their own initiative in and around Aoliar Ghat in Kartowa since Tuesday morning.

On Sunday afternoon, 25 people died and many others went missing after a boat with more than 150 passengers capsized in the river.

The overloaded boat sank in the middle of the river while heading towards Badheshwari Temple on the occasion of Mayalaya.