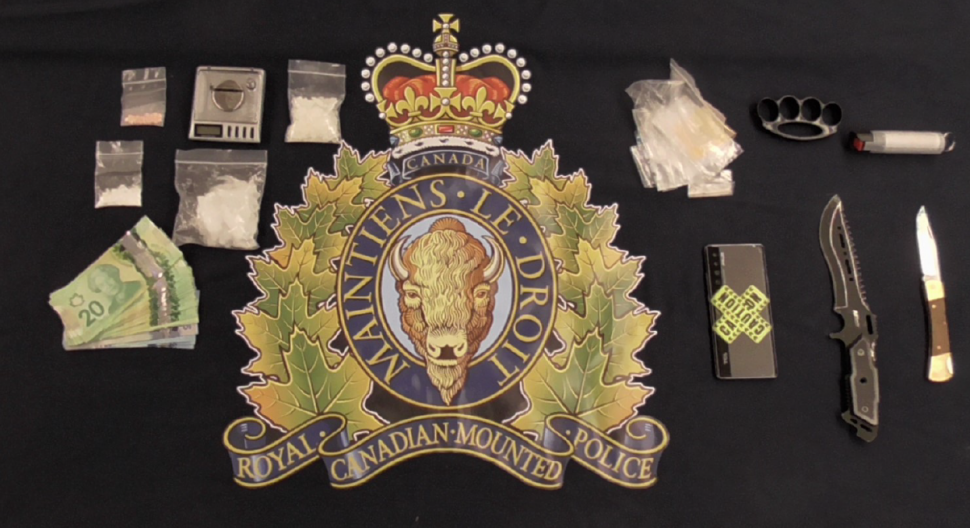 The Codiac Regional RCMP has arrested a 33-year-old woman from Moncton, and seized drugs and weapons as part of an ongoing drug trafficking investigation in the community.

On August 1, 2022, shortly after 4 p.m., members of the Codiac Regional RCMP Crime Reduction Unit (CRU) stopped a vehicle on Vail Street as part of the investigation. During the stop, police seized a number of items. A 33-year-old woman was arrested at the scene on a number of outstanding warrants. She was later released and is scheduled to appear in Moncton Provincial Court on September 1 at 9:30 a.m.

Subsequent to the arrest, police executed a search warrant on the seized items. During the search, police seized quantities of what is believed to be crystal methamphetamine, oxycodone, benzodiazepine, money and drug paraphernalia. A number of prohibited weapons were also seized.