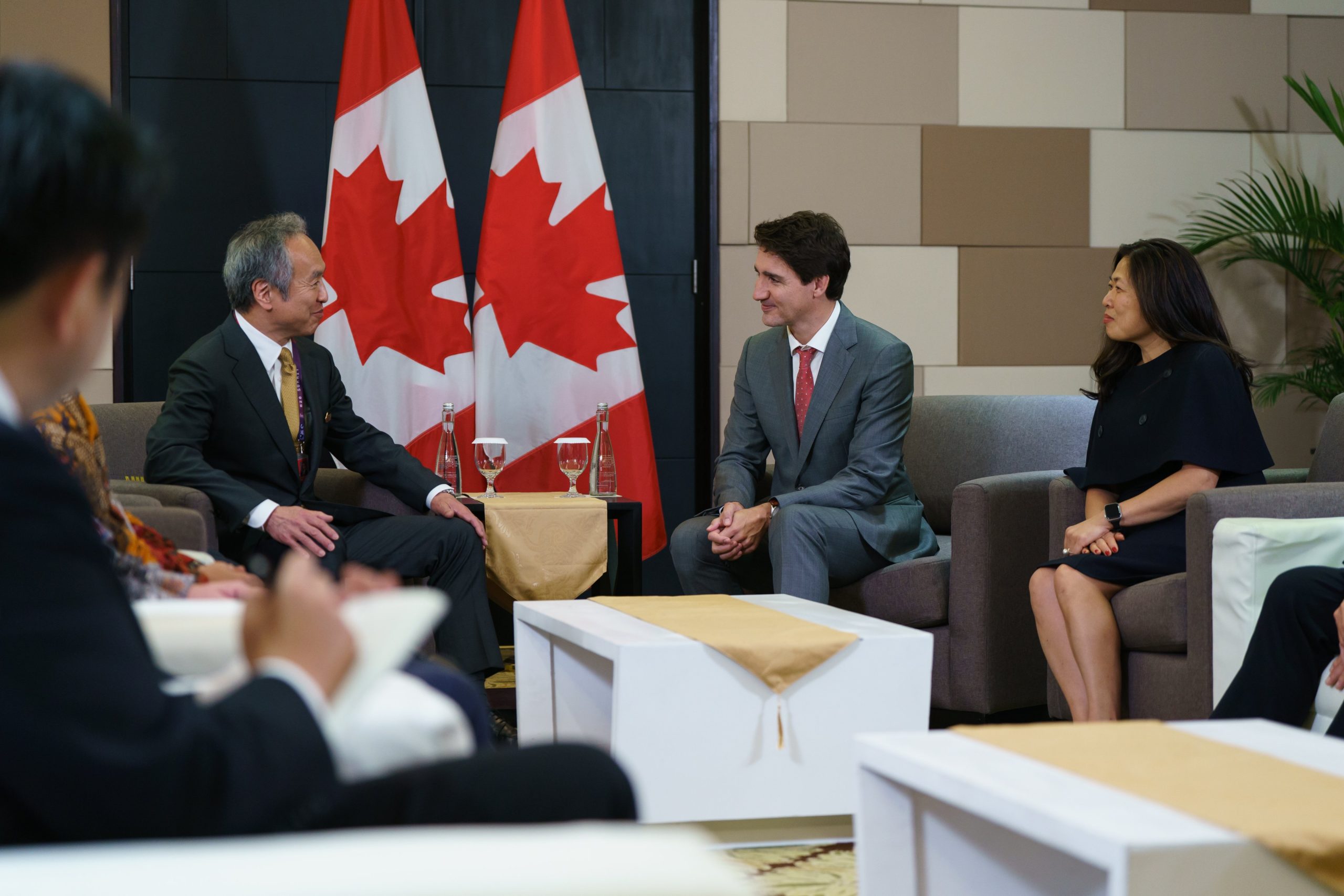 On 14 November, Prime Minister Justin Trudeau met with the President and CEO of Mitsubishi Heavy Industries Limited (MHI), Seiji Izumisawa. They met on the margins of the B20 Summit, the gathering of senior business leaders that is held in conjunction with the G20 Summit.

They discussed MHI’s ongoing work in innovative sectors such as aerospace, sustainable aviation fuel, and carbon capture and storage.

Prime Minister Trudeau highlighted the important role of the private sector in advancing the transition to a low carbon economy. He noted that investments to green the economy will help combat climate change while creating new middle class jobs across all sectors and building a better future for everyone.