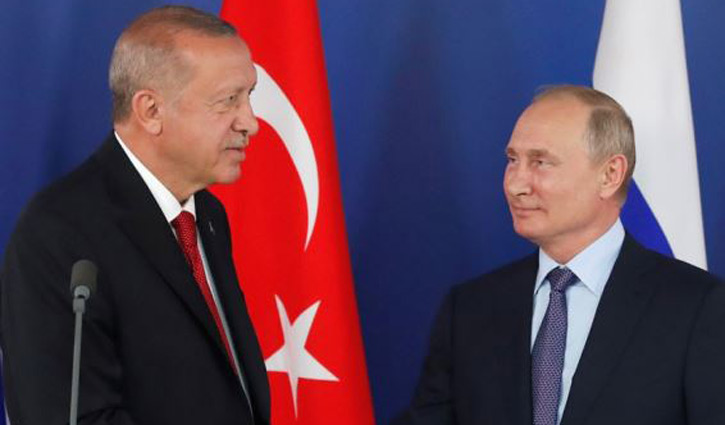 Turkish President Recep Tayyip Erdogan says Putin appears to be “much softer and more open to negotiations” on ending the war in Ukraine than in the past.

“We are not without hope,” he said of the possibility of negotiations.

Erdogan commented late on his return from a trip to Azerbaijan, the Hurriyet newspaper and other media reported.

The Turkish leader also says he is optimistic that a UN and Turkish-brokered deal that allowed the shipment of millions of tonnes of Ukrainian grain to world markets can be extended.

“There is no obstacle concerning extending the shipping agreement,” Erdogan said.

“But if there is a blockage, there is no obstacle in us overcoming it.”