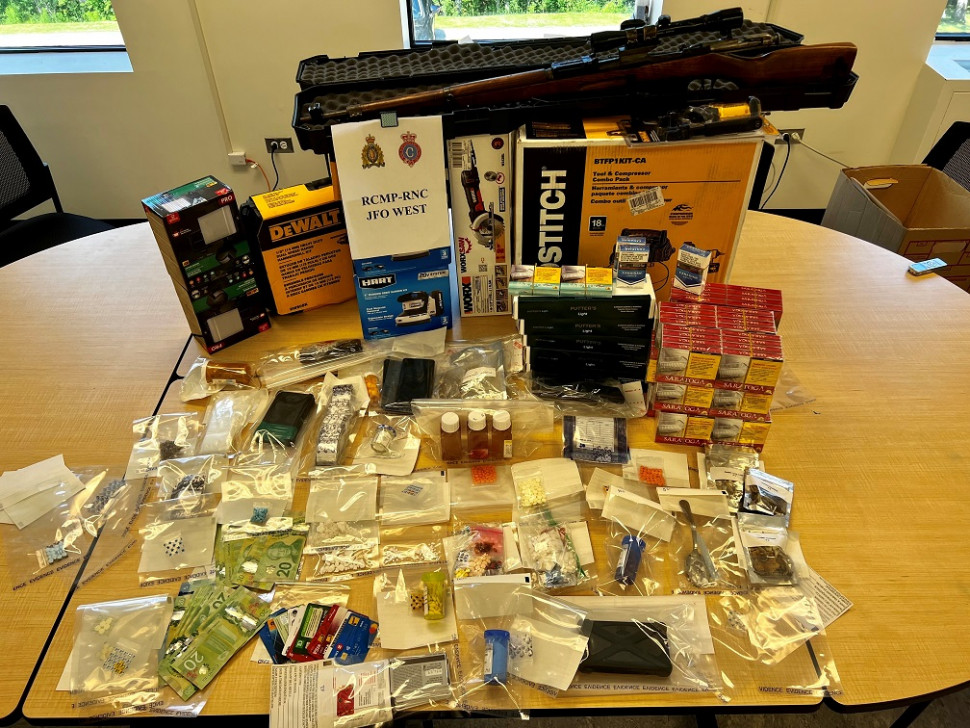 The RCMP-RNC Joint Forces Operation West (JFO West) searched a Corner Brook residence on July 21, 2022, and located and seized a number of items, including a firearm, drugs and cash.

On Thursday, police entered a Corner Brook home with a warrant to search the property under the Controlled Drugs and Substances Act. Inside the residence, police located and seized a firearm and various drugs, including cocaine and methamphetamine, along with a large quantity of prescription narcotics (morphine, hydromorphone, and methadone). In addition, officers located and seized a quantity of cash, unstamped cigarettes and a large amount of stolen property, including tools, credit cards and debit cards.

Two individuals, a 29-year-old man and a 23-year-old woman of Corner Brook, were arrested and face charges of trafficking cocaine and possession of cocaine. The two were released from police custody and are set to attend court at later dates.

Police are looking to arrest another individual, who was not present at the time of the search, in relation to the items that were located inside the home.