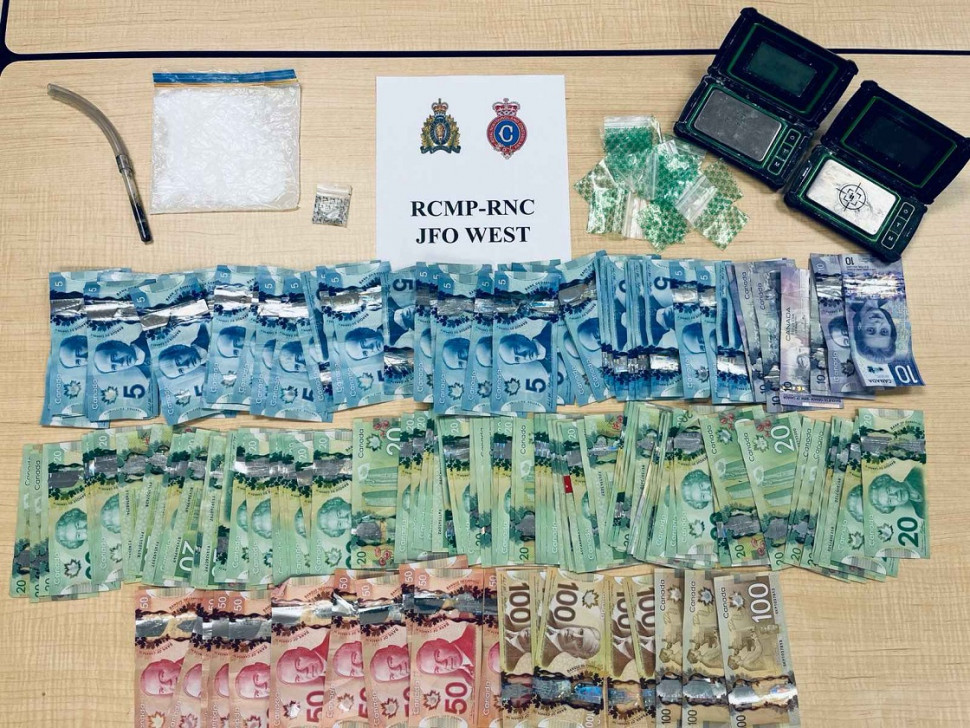 As part of two separate investigations, the RCMP-RNC Joint Forces Operation West (JFO West) recently searched a home in Pasadena and another in Meadows with search warrants obtained under the Controlled Drugs and Substances Act. Drugs and cash were located inside both residences.

On Friday, October 28, 2022, police entered an apartment on Fifth Avenue in Pasadena. Inside the residence, police located and seized a quantity of cash, a quantity of prescription narcotics (Percocet) and a quantity of illicit cannabis.

Two individuals, 22-year-old Dylan Ricks and 22-year-old Rikki Benoit of Pasadena, were arrested and face charges of possession for the purpose of trafficking (Percocet).

On Monday, October 31, 2022, police entered a residence located on the North Shore Highway in Meadows. Inside the residence, quantities of cash and cocaine were located and seized.

Two individuals were arrested inside the home. Twenty-four-year-old Katelen Whitehorn is charged with possession for the purpose of trafficking cocaine and a 28-year-old Calvin Tulk is charged with breaching a condition of a court release order.

All four were released from police custody and are set to attend court at later dates.

The investigations are continuing.

Toys for the North: Spreading joy to remote northern regions of Canada since 2010