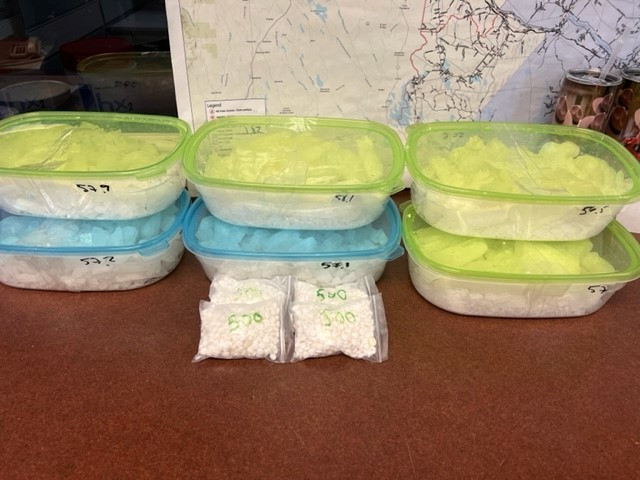 On June 9, 2022 at approximately 10:15 p.m., members of the Western Valley Region RCMP responded to a report of a possible impaired driver on Woodstock First Nation. The driver pulled into a parking lot on Turtle Lane and exited the vehicle due to medical distress. The driver, a 30-year old man from Memramcook, was treated by Ambulance New Brunswick paramedics at the scene.

Once cleared by paramedics, police attempted to detain the man who then fled from police. Following a short foot-pursuit, he was apprehended and arrested for impaired driving. Following a subsequent investigation and a search of the vehicle, police seized significant quantities of what is believed to be crystal methamphetamine, and fentanyl pills.

The man was later released on strict conditions and is scheduled to appear in Woodstock Provincial Court on July 26.