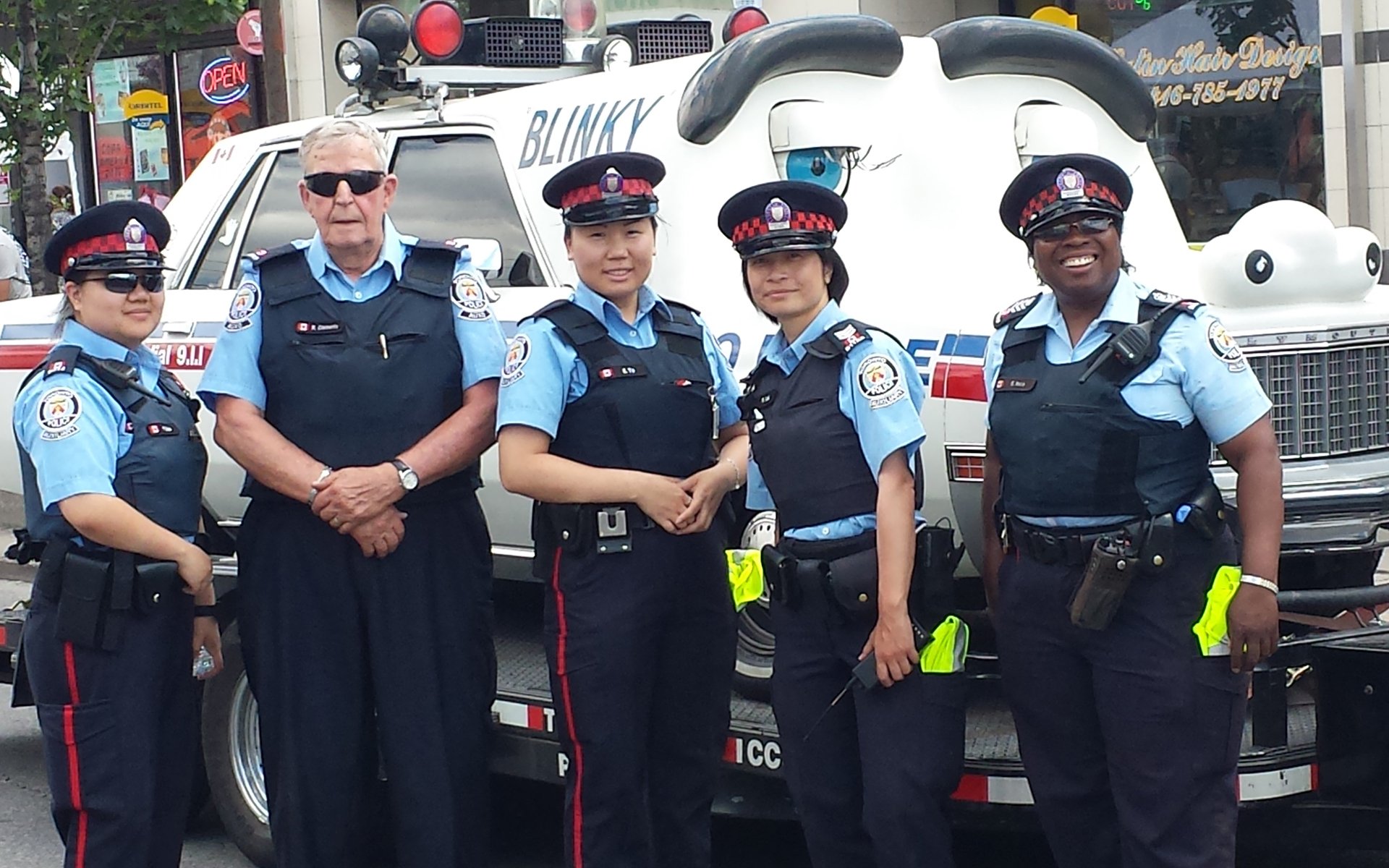 One of the longest serving Toronto Police Service Auxiliary members has passed away.

Bob Clements, who joined in January 1963, passed away recently.

He became an Auxiliary member six years after the Metropolitan Toronto Police Force was formed.

“Bob was passionate about volunteering and giving back to the city of Toronto,” said Constable Andrew Rosbrook, who has worked with many Auxiliary Officers during his time with the Community Partnerships & Engagement Unit. “In his time as an Auxiliary, he trained and inspired generations of Auxiliary members who followed. He was a patient instructor and mentor, whether he was schooling members on the finer aspects of Auxiliary powers and duties or training people to drive the heritage vehicles or ride motorbikes. Bob always did it with patience, compassion and a very wry sense of humor.”

Auxiliary officers are trained, uniform volunteers who work alongside police officers to deliver crime prevention programs as well as help keep people safe at large events in the city from the Santa Claus parade to the Caribbean Carnival. In total Auxiliary officers continue to contribute an average of 80,000 volunteer hours in these roles.

Rising to the rank of Inspector, Clements spent the last few years maintaining and driving the heritage vehicles to numerous community events.

“For a generation of children in this city, he was that friendly smiling face turning up at events with Blinky (the talking police car), the 1957 Chevy or the 1988 Plymouth, always making their day and shining the most positive light on the Auxiliary program and the Service,” Rosbrook added. “There is a key to volunteering that makes it easier to get up on a chilly November morning to attend the Santa Claus Parade or to drive a 65-year-old Chevy without air-conditioning on a blistering hot August day. They key is to do it purely to give back and not for reward or acknowledgment.”

A year ago, Rosbrook presented Clements with a certificate to thank him for is service to the retired Auxiliary program.

“Bob was astounded, shocked and humbled,” Rosbrook recalled. “I smiled as I looked around his home and saw dozens of other awards, accolades and letters of appreciation from dignitaries. I bet every time he received one of those awards, he was equally as humble and gracious. That is just the man he was.”

WAR IN UKRAINE HAS LEFT NEARLY 1,000 CHILDREN KILLED OR INJURED