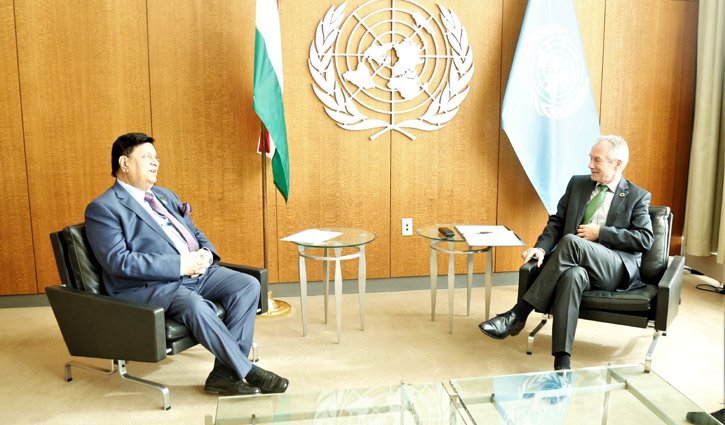 Csaba Kőrösi, President of the United Nations General Assembly opined that Rohingya crisis is not acceptable in any way.

The UN president said this while addressing a meeting with Bangladesh Foreign Minister at the headquarters of UN.

Permanent Mission of Bangladesh to the United Nations revealed the information on Saturday (October 1).

At the beginning of the meeting, Bangladesh Foreign Minister AK Abdul Momen proposed a proposal to the President of the General Assembly of UN to organize a high-level event on ‘SDG Implementation Review’ and establish a forum of developing countries under South-South cooperation.