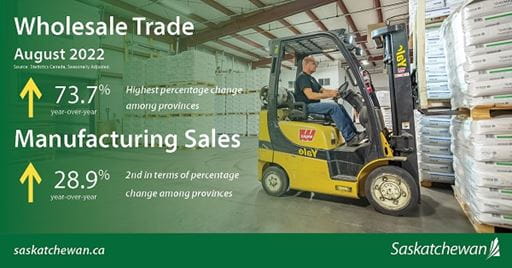 Saskatchewan’s economy continues to thrive, with Statistics Canada reporting today the value of wholesale trade jumping in our province by 73.7 per cent in August 2022 compared to August 2021, the highest increase among provinces.

The province’s manufacturing sales were also up, rising 28.9 per cent from August 2021 to August 2022, ranking Saskatchewan second among provinces.

“Saskatchewan’s economy continues to grow and lead the country with exceptional wholesale trade numbers and strong manufacturing sales,” Trade and Export Development Minster Jeremy Harrison said. “These growth rates are significant, which is proof that our province is open for business, and we are poised to further increase our exports around the world.”

The Saskatchewan Ministry of Trade and Export Development operates eight Trade and Investment Offices in key markets around the world. The Government of Saskatchewan has assertively engaged internationally with elected and officials led trade missions to grow and enhance our international presence. 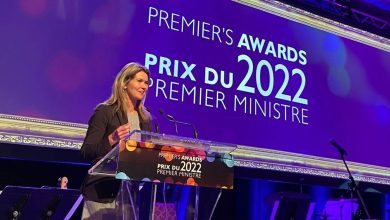 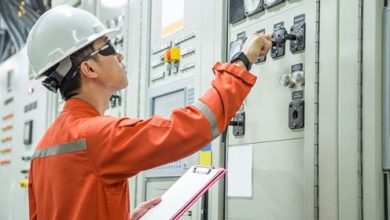 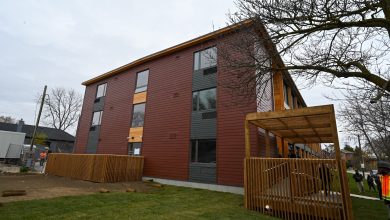 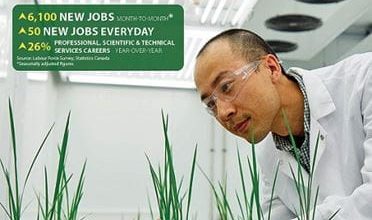