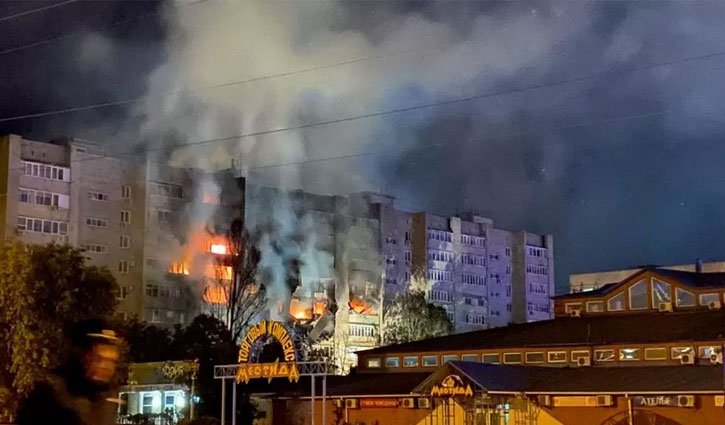 At least six people died as a supersonic fighter jet crashed into a residential building in the southern Russian city of Yeysk, near the border with Ukraine, on Monday.

After the crash, a large blaze engulfed the apartment block with witnesses saying multiple floors were on fire.

Footage on social media showed a large fireball erupting from the nine-storey building.

The aircraft was identified as a Sukhoi Su-34. The crew managed to eject before the plane crashed, according to the defence ministry.

“While climbing to perform a training flight from the military airfield of the southern military district, a Su-34 aircraft crashed,” a ministry statement said. “The cause of the crash of the aircraft was a fire in one of the engines during takeoff.”

Oksana, a resident who declined to give her last name, said the area had been cordoned off.