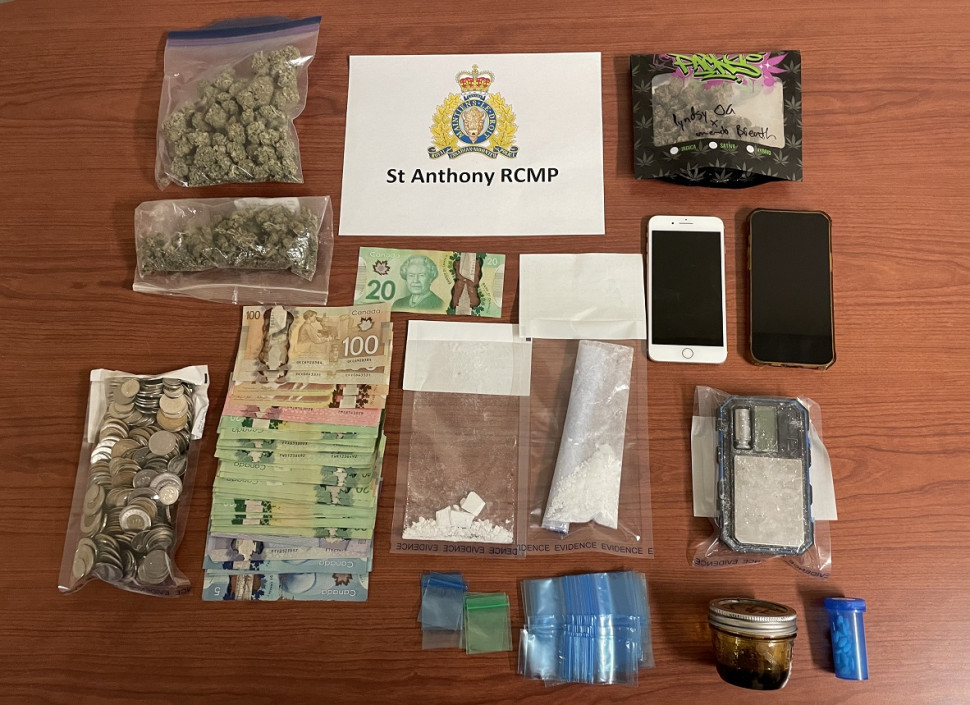 St. Anthony RCMP executed a search warrant on a residence in St. Anthony on Saturday. Drugs, cash and more than $30,000.00 in proceeds of crime (high-end jewellery) were seized. Forty-one-year-old Ryan Ricks is charged with drug-related offences.

In March of 2022, St. Anthony RCMP started the investigation in relation to information received on the trafficking of illegal drugs. The search warrant was executed on the Cabot Street home early Saturday morning. From inside the residence, RCMP seized high-end jewellery pieces (valued at more than $30,000.00), nearly $2000.00 in cash, 1.5 ounces of cocaine, nearly 130 grams of illicit cannabis and other items consistent with drug trafficking.

Ryan Ricks was arrested inside the home and was later released from custody on conditions. He is charged with the following criminal offences:

In addition, he is charged under the Federal Cannabis Act for the possession of illicit cannabis. Ricks is set to attend court at a later date.

RCMP NL continues to fulfill its mandate to protect public safety, enforce the law, and ensure the delivery of priority policing services in Newfoundland and Labrador.