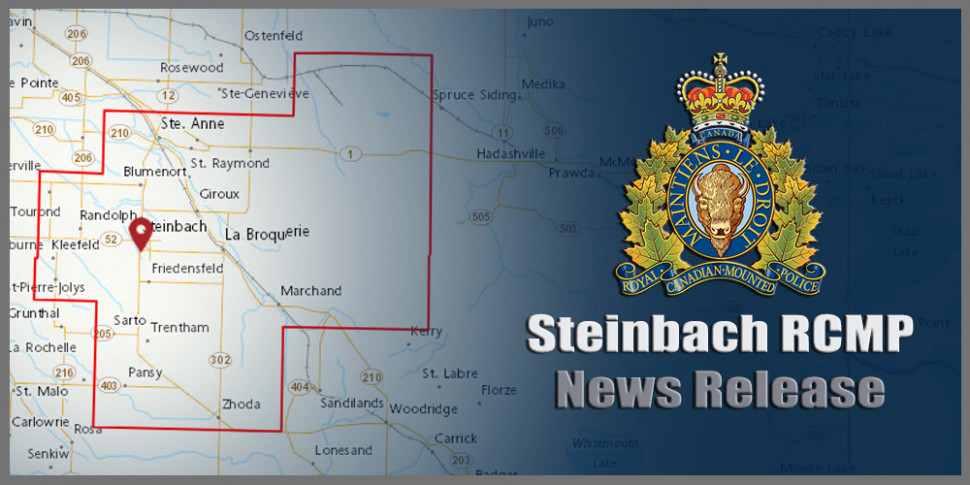 On January 15, 2023, at approximately 10:55 am, Steinbach RCMP received a report of an assault that occurred hours earlier at a residence located on Road 41 E in the RM of Ste Anne.

It was reported that two males, aged 28 and 27, had attended this address to speak to one of the residents when they were approached by the 69-year-old male property owner. A fight then ensued where the 69-year-old suffered serious injuries.

Officers were advised that the 69-year-old had been taken to hospital and later transferred to Winnipeg where he was reported to be in critical condition. His condition has since been upgraded to stable.

The investigation that afternoon led officers to a residence located on Provincial Road 210, in the RM of Ste Anne, where the 28-year-old male, from Steinbach, was arrested without incident. The second suspect, a 27-year-old male, from the RM of Ste Anne, was placed under arrest but resisted being taken into custody. The suspect was eventually restrained and placed into the police vehicle.

While officers were taking the two suspects into custody, the 50-year-old male property owner became belligerent towards one of the officers and attempted to intervene with their arrest. This suspect uttered threats to harm one of the officers and became combative. The officers on scene had to physically take control of the suspect in order to place him into the police vehicle.

The three accused were remanded into custody for a court appearance scheduled January 17, 2023, in Winnipeg.