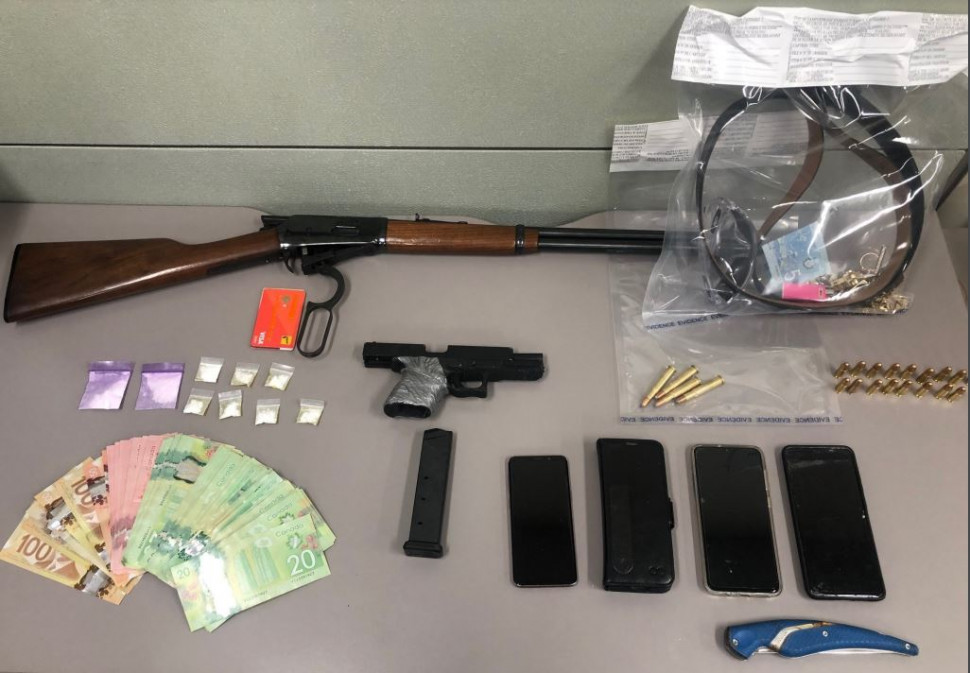 On October 26, 2022, at approximately 9:30 pm, Stonewall RCMP responded to a report of a male carrying a firearm in the Teulon area. Shortly thereafter it was reported that a gunshot had been heard.

RCMP attended and made patrols in the area. The initial investigation determined that the suspect attended a business on Highway 7, in Teulon, pulled out a firearm and pointed it at a male victim. The victim fled and the suspect was not located. No one was injured.

Further investigation led officers to identify a suspect and a warrant of arrest was obtained.

On October 30, 2022, at approximately 2:00 pm, RCMP located the suspect in Stonewall and he was arrested without incident. He was found to be in possession of two loaded firearms, methamphetamine and cash.

Mitchell Ritchot, 28, from the RM of Rockwood, has been charged with Possession for the Purpose of Trafficking as well as numerous firearm-related charges. He was remanded into custody.