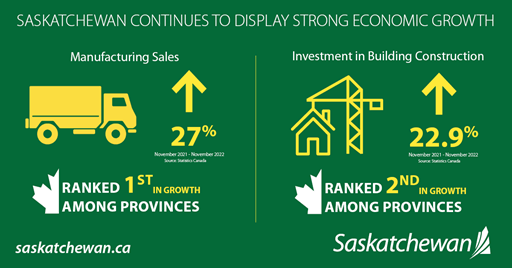 The value of manufacturing sales in Saskatchewan increased by 27 per cent compared to November 2021, ranking first among provinces, while investment in building construction placed second among provinces during that same time, with a 22.9 per cent increase.

“Month after month Saskatchewan shows continued growth in several different key economic indicators, with record investment in our province,” Trade and Export Minister Jeremy Harrison said. “Saskatchewan’s economy is one of the most competitive in the nation, and today’s data provides further proof that our province remains the best place to work, live and do business in Canada.”

In November 2022 the value of building construction investments was $433 million, while manufacturing sales was over $2.3 billion.

In recent months, Saskatchewan has shown strong growth in several other key economic indicators. In December 2022, Saskatchewan’s unemployment rate fell to 4.1 per cent, the second lowest among provinces, and well below the national average of 5.0 per cent (seasonally adjusted).

In November 2022, merchandise exports rose by 44.5 per cent, the second highest increase among provinces. October 2022 also saw a 9.0 per cent increase in retail trade and a 46.7 per cent jump in wholesale trade, compared to October 2021. 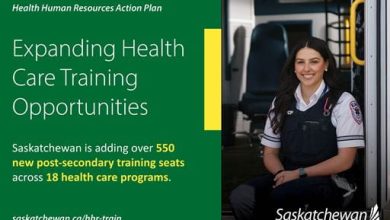 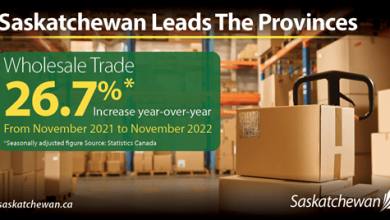 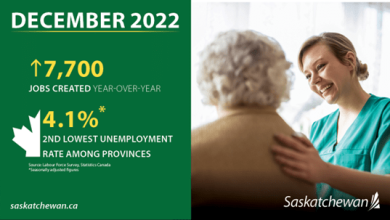 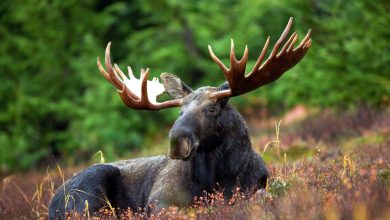