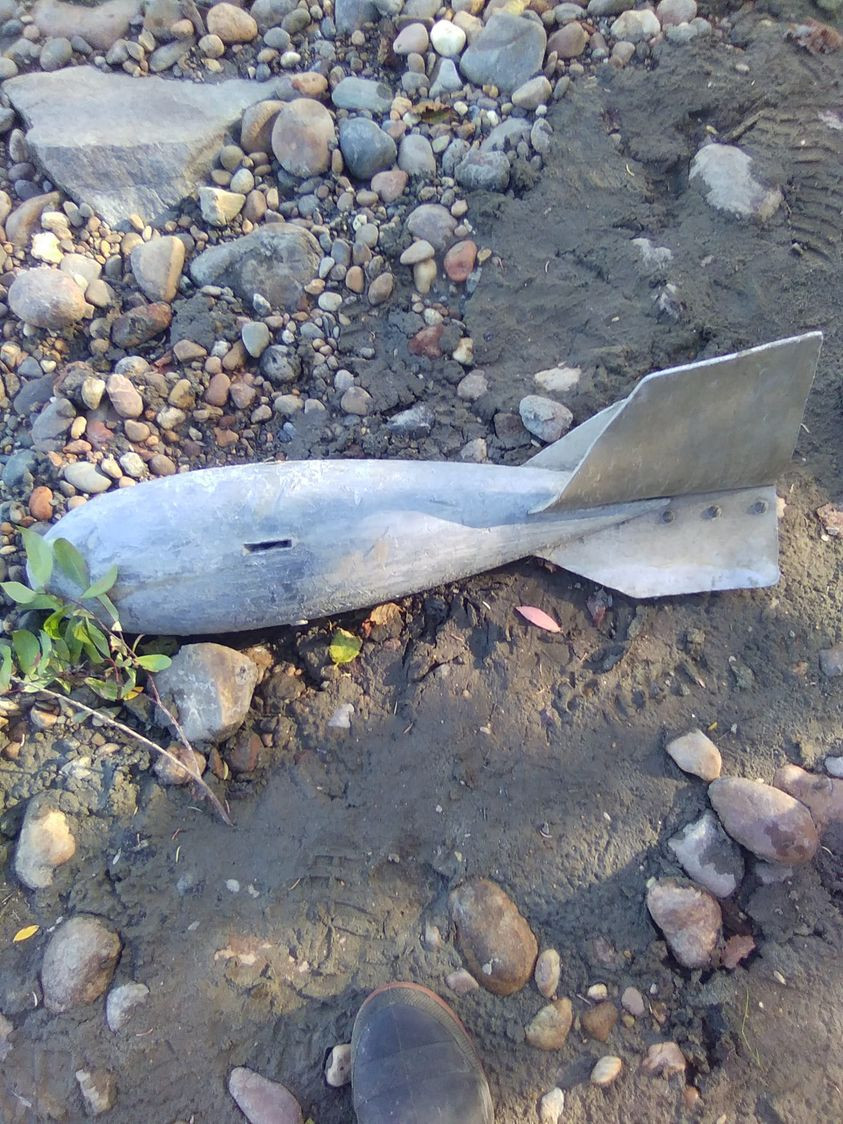 On September 12, 2022, shortly after midnight, Watson Lake RCMP were notified of a discovery of a suspected World War II bomb located on the riverbank of the Liard River, near the Liard River Bridge.

Upon attendance at the site, Watson Lake RCMP officers located the device and restricted access to the area until further inquiries could be made. The Yukon RCMP Explosive Disposal Unit was engaged and they consulted the Canadian Armed Forces. It was determined that the object was a sonar or fishing trolling weight. While it resembled a bomb, it had no explosive application. At no time did the device pose any danger to the public or RCMP officers. It was removed from the riverbed safely.

We want to thank members of the public in Watson Lake for their understanding during this investigation.