An offender has escaped from prison. A murderer is at large and poses a danger to the community. Someone has committed multiple armed robberies and they’re on the run. These scenarios sound like the basis for a movie or Netflix series – there have been many entertainment productions that are centred on these exact story lines. What many people may not know is that, here in Ontario, there is a team of law enforcement officers who have the responsibility of tracking down these individuals who are wanted, or to be technically accurate, ‘unlawfully at large.’ This team is mandated to track criminals wanted for many different crimes – everything from breach of probation to armed robberies and murder. Many of these criminals are considered violent and a risk to members of the public. Some of them may even be found on the ‘Most Wanted’ list released by police agencies, a list of those considered to be most dangerous within their jurisdictions. You may not see this team in action, the arrests may not attract extreme media attention and sometimes you might not hear about an incident this team was involved with at all. They operate with a high level of diligence, investigative excellence and resilience.

They are the ROPE Squad.

Offenders who are released on parole and become unlawfully at large are a potential threat to public safety. They may commit crimes to support themselves if they have no other means. An aggressive pursuit of an offender at large is absolutely necessary to reduce any potential threat, and for this very reason, the Repeat Offender Parole Enforcement Squad, more familiarly known as the ROPE Squad was established in 2002.

An offender who is unlawfully at large may have a distinct advantage. Time may allow the parolee to connect with family or criminal contacts who offer the parolee options to avoid detection, such as financial assistance. If the offender isn’t from the area and can’t connect with associates or friends, they may commit more crimes for financial benefit or to fuel existing drug dependencies. The ROPE Squad assists different units of varying law enforcement agencies in proactive policing and the apprehension of high risk repeat offenders, as well as contributing to the achievement of the overall mission of preventing crime and enforcing laws. They provide a focused and dedicated approach to pursuing and apprehending fugitives hiding in Ontario. The collaborative and province-wide effort of this team ensures all communities, regardless of geographical location within Ontario, are provided with this specialized service to ensure the safety of community members.

When an offender is unlawfully at large, police services may release a wanted bulletin with their description in an effort to raise community awareness and alert the public to the situation. Some may wonder how or why these individuals were released in the first place, or may believe the offender escaped from a facility. It is important for the public to understand that anyone who has been sentenced to a term of imprisonment greater than six months may apply for parole after serving one-third of their sentence. If that person is granted parole, they are still legally subject to a ‘warrant of committal’ and are deemed to be ‘in custody.’ This remains the case until the expiration of their original sentence length. For example, if an offender is serving a sentence of six years for armed robbery, they may not serve six years in a federal institution – they could serve two years (one-third) incarcerated, and if granted parole, they will begin serving the remainder of their sentence in an open-custody facility within the community such as a halfway house. Offenders will serve a maximum of two-thirds of their sentence, after which they will be released from a closed-custody facility on the condition of a statutory release. If that individual is found to be in violation of their parole conditions (for the use of drugs, alcohol, neglect of curfew, etc.), a warrant will be issued by their parole officer and the ROPE Squad comes into play to locate and arrest the offender. That offender would not go back to an open-custody facility; they would now be returned to a closed-custody facility.

The year 2020 was a year of many unprecedented circumstances and all police services as well as other public services including the justice system had to make adjustments. The conditions presented by COVID-19 provided various challenges, some of which affected the mandate of the ROPE Squad. These challenges included wearing personal protection equipment at all times, limited access to police stations / correctional facilities and mandatory quarantines when members did come in contact with persons who had tested positive for COVID-19. Despite these challenges, the ROPE Squad persevered and adapted while remaining professional and safely arresting many offenders throughout the Province of Ontario. With the commitment to perseverance and diligence, not one ROPE Squad member has tested positive for COVID-19.

The ROPE Squad made 1,020 arrests in 2020, which aligns with previous year totals of 1,140 arrests in 2018 and 1,024 arrests in 2019. The team is committed to preserving public safety in our communities, and apprehending offenders – some who may be wanted for serious crimes.

ROPE Squad Members save a Life

In summer of 2020, the ROPE Squad attended the Salvation Army Halfway House in response to a warrant issued for an offender who had violated the conditions of his parole after testing positive for drug use. The offender is serving a two-year, 10-month sentence for varying assaults and arson with disregard for human life. The Community Residential Facility staff advised that the offender was in the shower and had been there for quite some time. Members of the ROPE Squad immediately responded and located the offender face down. His breathing was labored, he was in an unconscious state as the water was still running in the shower stall and his face had turned blue due to lack of oxygen. ROPE members pulled him from the shower and assisted in life saving measures. The defibrillator was utilized, but not administered. Cardio Pulmonary Resuscitation (CPR) was performed on the offender until paramedics arrived. Naloxone was administered and the offender was revived. Two staff members also assisted with life saving measures during this incident. A quantity of fentanyl was found in the pocket of offender’s shorts that were located in the shower stall. The offender was transported by ambulance to the St. Catharines General Hospital for medical clearance before being transported to the Niagara Detention Centre.

Earlier in 2020, a homicide investigation began in the Niagara Region. A suspect was identified and that person’s criminal history included weapons, drugs and property offences, robberies, assault with a weapon, aggravated assault and more. The ROPE Squad was engaged to locate and arrest the suspect, and on the same day they were assigned, they were able to locate that person and turn them over to the police of jurisdiction.

An offender was accidentally released from a detention centre in January 2020. This individual had a criminal history of sexual assaults, sexual interference as well as previous failure to comply with conditions charges. They were currently in the midst of a trial for spousal sexual assault and utter death threats. This unintentional release garnered national media attention as he had threatened the presiding judge and others in the courtroom. He was considered to be extremely dangerous and predatory to young and vulnerable females. A warrant for his arrest was issued, and four days later the ROPE Squad along with Ottawa Police Service were able to locate and arrest this violent criminal.

In February 2020, an individual with an extensive criminal record including drug offences, failure to comply, theft and break and enter was wanted for linkages to multiple stolen vehicles, gas drive offs, licence plate thefts and dangerous driving complaints. An attempt to arrest this criminal was made by local law enforcement, however he escaped custody and in doing so, he nearly hit an officer with the vehicle he was driving. The ROPE Squad was engaged and began their investigation. On that same day, they were able to locate the offender driving a vehicle. As they attempted to make the arrest, the criminal tried to flee by ramming multiple police vehicles. Eventually they were able to gain custody of the offender and he was transported to the local police detachment. This person is facing more than 100 multi-jurisdictional charges.

A criminal with a record consisting of break and enters, failure to comply and thefts became the subject of an apprehension warrant due to his whereabouts being unknown. There was an additional concern for this person’s safety due to his previous history of suicidal tendencies. The ROPE Squad was engaged and their investigation led them to locating this individual under a bridge. After he was located, he attempted to escape and fled to the river, jumping into the frigid and fast-moving water to swim to the other side. Local police were requested to assist in tracking this person, which led them on a four-kilometre foot pursuit through heavily treed areas. He was eventually located and arrested by ROPE and the assisting police.

The ROPE Squad is sometimes faced by criminals who are extremely dangerous and known to dislike police. The risk of violence or harm to an officer is higher when dealing with these situations. One example of this is during an investigation to locate an offender who was unlawfully at large due to his whereabouts being unknown, the ROPE Squad spent two months tracking this subject and once located, he became assaultive to police eventually biting an officer’s arm puncturing the skin. He was also in possession of two switchblades – one tucked into his waistband. The officer luckily had no serious injuries in this incident.

An individual with an extensive list of criminal convictions including assault and carrying a concealed weapon was wanted after he fled from his halfway house, cutting off and removing his electronic monitoring device. ROPE was called to assist and conducted numerous interview with family and known associates. After learning of his potential whereabouts after a two week investigation, ROPE liaised with officers from several counties and they were able to locate him in the attic of a home. He surrendered and was taken into custody.

There is nothing more frightening than hearing gunshots in your neighbourhood. This was the case in June 2020, when a criminal with a record of weapons and drug charges attended a memorial service in Toronto for an acquaintance who had been shot and killed a few weeks prior. An unknown person pulled up to the location and fired several shots towards a large group. The offender wanted in this incident had brandished his own firearm and returned fire. He continued to shoot towards the highway even after the vehicle fled the scene, endangering many lives in the process. He sustained a gunshot wound to his abdomen and attended a hospital for treatment, being released afterwards. A warrant was issued for his arrest and due to the concern for public safety, the ROPE Squad was called upon to assist. He was located and surrendered without incident.

The ROPE Squad travels across the entire Province of Ontario investigating and locating these people wanted for crimes varying in their level of seriousness. They use their high level of training and experience to learn what they can about the offender in an effort to track them to a location they may be hiding. Their existence assists in preserving community safety and removing the risk repeated offenders pose to the public.

Business travel returns. Here’s what to look forward to in 2021 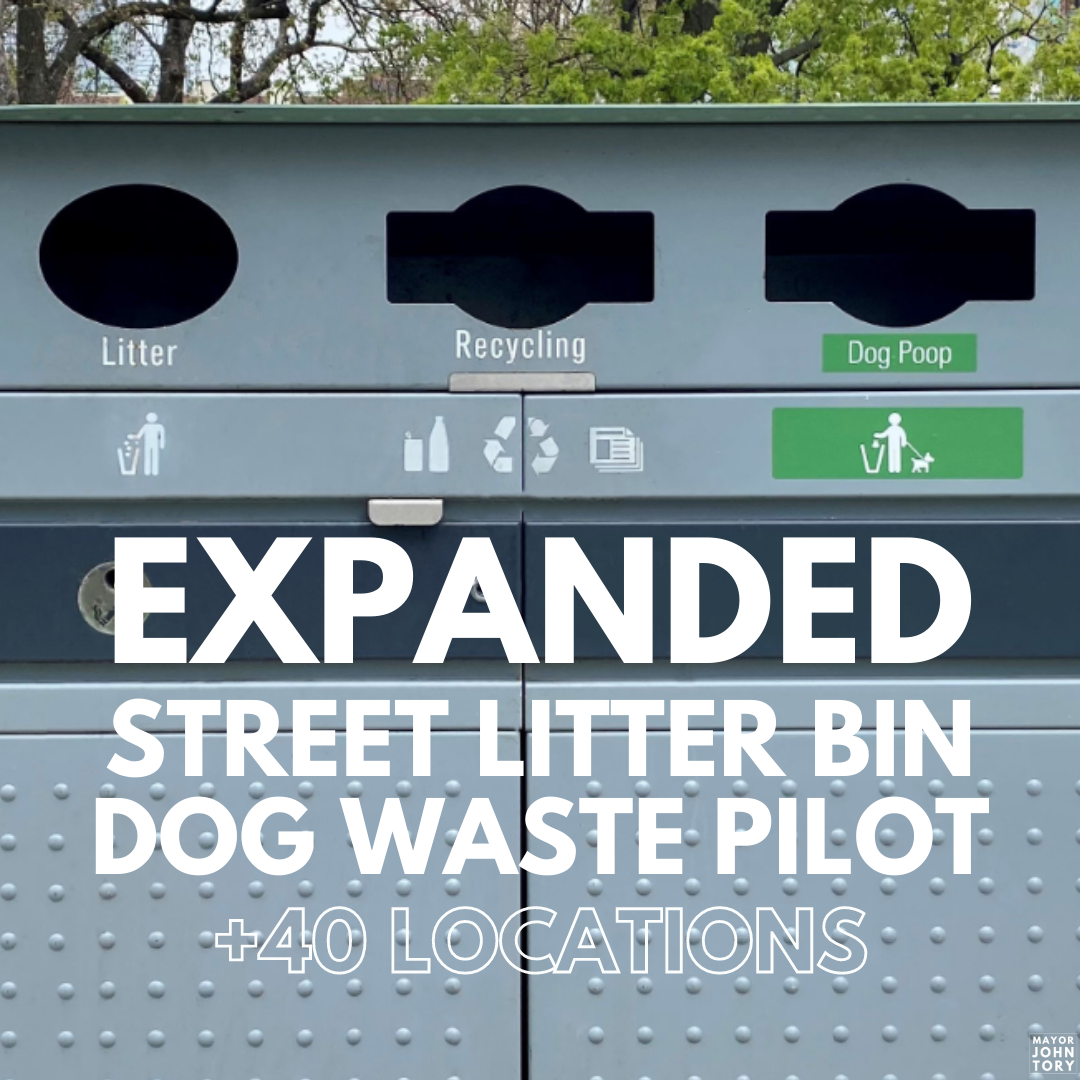