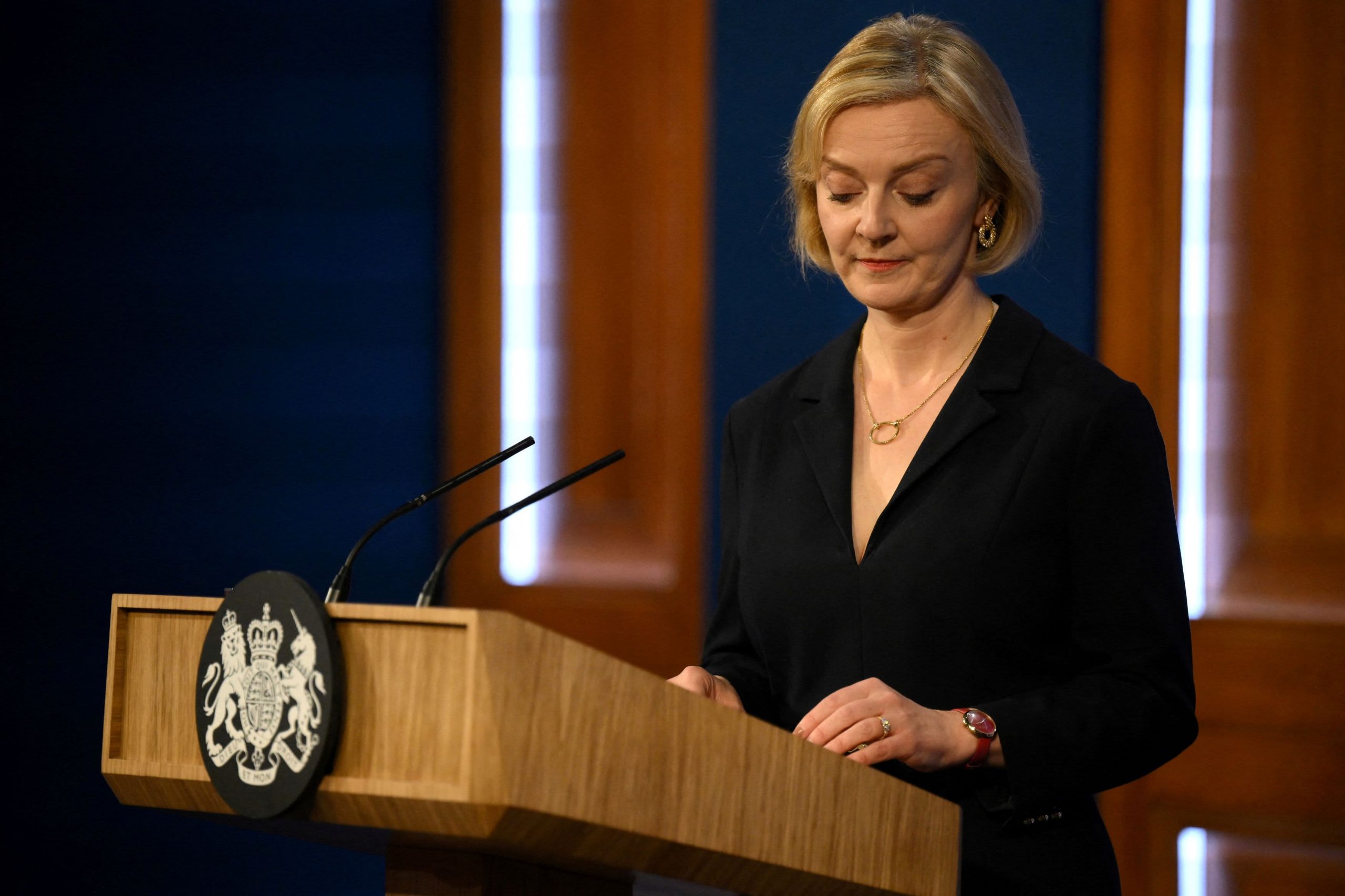 In the speech, Liz Truss said she had informed Britain’s King Charles III of her decision to step down as leader of the Conservative Party.

Explaining her resignation in front of the reporters, the British Prime Minister told the media that she decided to step down as she could not fulfill the promise she was made.

Liz Truss said the country had long been held back by low economic growth, and she was elected with her party’s promise to change that.

Noting that she took over as the British prime minister at a moment of great economic and international instability, Liz Truss added that her government had set a goal for a “low-tax, high-growth economy”.

Truss said, “I admit… I cannot deliver on the promises on which I was elected from the Conservative Party.”

The outgoing British Prime Minister said she met Sir Graham Brady, chairman of the 1922 Committee, today. They agreed to elect a new leader within the next week.

Truss said she will serve as British Prime Minister until a successor is chosen.