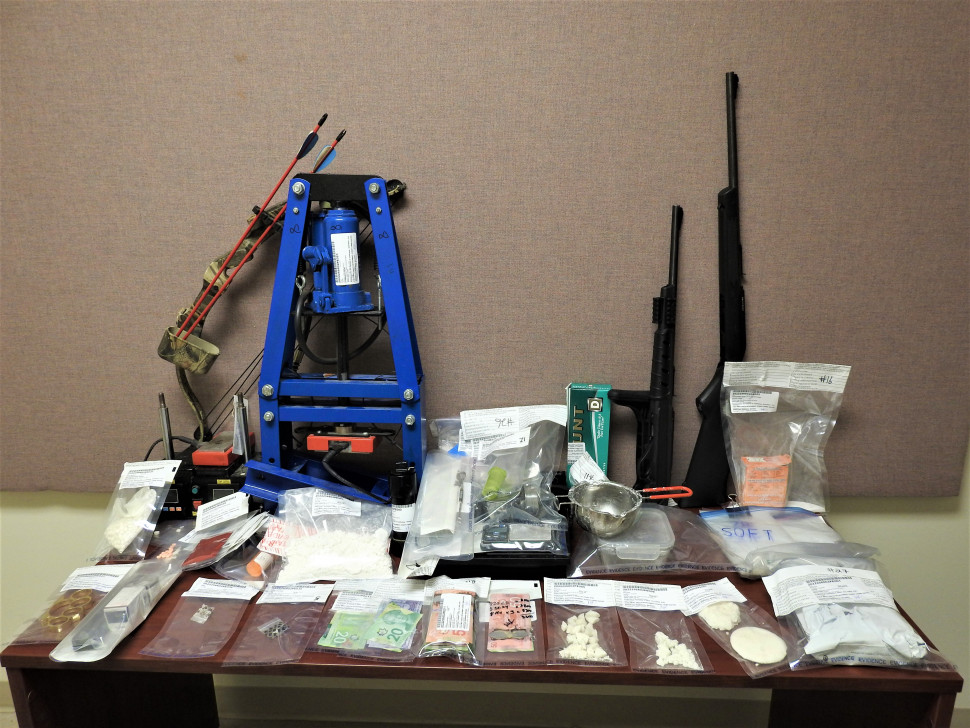 On October 5, 2022, as part of an ongoing drug investigation, West Hants RCMP SCEU, with assistance from West Hants District RCMP, the Valley Integrated Street Crime Enforcement Unit (VISCEU and the Criminal Intelligence Service of Nova Scotia, executed a search warrant at a home on Christopher Hartt Rd. in Ardoise.

A 36-year-old man and a 28-year-old woman, were both found in the home and arrested safely. Both were held in custody overnight. During the search RCMP officers located and seized cocaine, crack cocaine, cannabis, prescription drugs, two rifles, cash, scales, packaging materials, a hydraulic press, ammunition, brass knuckles, a bow and arrows, and cellular phones.

A 51-year-od woman, who also lives in the home but was not present at the time the search warrant was executed, will be charged and issued a Summons as part of this investigation.

Daimek Walker, 36, Diana MacKay, 28, and Tammy Marsters, 51, all of Ardoise, have been charged with the following:

Walker and MacKay have also been charged with Possession of a Prohibited Weapon. Walker, also faces additional charges of:

Walker was remanded into custody and will return to Windsor Provincial Court on October 11, 2022, at 1:30 p.m.

Note: Attached is a photo of the items seized during the search.