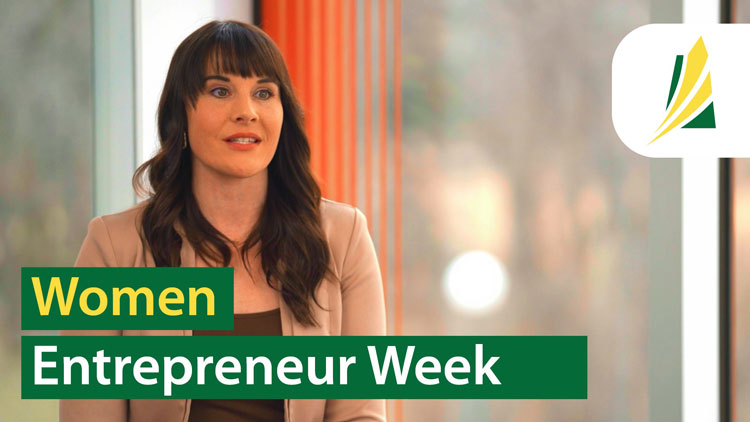 The Government of Saskatchewan has proclaimed May 15 to 21 as Women Entrepreneurs Week, recognizing dynamic female business leaders and their contributions to many sectors in our economy such as agriculture, construction, manufacturing, health services, finance and technology, among many others.

The women highlighted are:

Advancing gender equality through the creation of economic activity has the potential to add $150-$420 billion in Canada by 2026. Women entrepreneurs are engines of economic growth and job creation.  According to a report by the Saskatchewan Advisory Committee on the Gender Entrepreneurship Gap entitled “Enabling Scale in Saskatchewan”, in 2019, women entrepreneurs contributed $23.1 billion to the Saskatchewan economy and created 191,836 jobs. In addition, when Saskatchewan women lead a business, they are more likely to headquarter that business in this province.

“Women entrepreneurs in our province contribute significantly to job creation, economic growth and are important in advancing the Saskatchewan Growth Plan,” Trade and Export Development Minister Jeremy Harrison said. “To advance recommendations from the Enabling Scale in Saskatchewan report, government announced two new programs and released our first statistical report about the contribution of women entrepreneurs to Saskatchewan’s economy in November 2021.”

The Digital Literacy for Entrepreneurs and Scale-up for Entrepreneurs Initiative announced in November, as well as the new Re-Skill Saskatchewan Training Subsidy, provide ongoing assistance for small businesses right across the province. Saskatchewan also boasts one of the lowest small business corporate income tax rates in Canada and a strong suite of business incentives and tax credits.

For more information on the Status of Women Office, visit https://www.saskatchewan.ca/government/government-structure/boards-commissions-and-agencies/status-of-women-office.

Horwath’s NDP has a plan to fix Ontario’s schools