@ Sadia Haque
The City of Toronto continues to take action through its Vision Zero Road Safety Plan to protect the safety and wellbeing of all students heading back to school this week.
The return to school increases vehicle traffic as well as the number of people walking or cycling, especially in School Safety Zones and Community Safety Zones. As students make their way back to class, the City is encouraging all road users to be mindful of their surroundings, share the road, stay alert and obey the rules to ensure everyone’s safety.
This morning, Mayor Tory outlined the City’s continuing work to implement several Vision Zero Road Safety Plan programs and initiatives to protect students, parents, guardians and teachers on the roadway, including:
Automated Speed Enforcement: The City’s 50 speed cameras near schools in Community Safety Zones continue to issue tickets to vehicles travelling in excess of the speed limit. Automated Speed Enforcement aims to increase road safety, reduce speeding and raise public awareness about the need to slow down and obey posted speed limits.
The School Crossing Guards Program: 765 school crossing guards are placed at intersections across the city to help children safely cross the street and remind drivers of the presence of pedestrians at key intersections. All school crossing guards and supervisory staff have undergone COVID-19 health and safety training. Crossing guards are equipped with full PPE in addition to a handheld whistle.
School Safety Zones: The City has so far installed 339 School Safety Zones around the city and aims to install an additional 63 by year’s end. School Safety Zones include safety signs, pavement markings and stencils, and driver feedback signs.
Pedestrian Head Start Signals: There are currently 682 intersections equipped with a Pedestrian Head Start Signal, or a Leading Pedestrian Interval, which provides pedestrians with the opportunity to begin crossing the street before vehicles are permitted to proceed by delaying the green signal. This delay allows pedestrians to establish a presence in the crosswalk which increases their visibility and reduces conflicts with turning vehicles. Another 39 signals are planned to receive this safety treatment before the end of this year.
Speed limit reductions: The City has begun a multi-year effort to reduce the speed limit on local roads and public lanes in Etobicoke, North York and Scarborough to 30 km/h on a systematic, ward-by-ward basis. This is a data-driven effort to bring the rest of the city in line with a consistent 30 km/h speed limit on all local roads to curb speeding and minimize traffic-related fatalities. The City reduced the speed limit on 500 kilometres of arterial and collector roadways across Toronto between November 2019 and the end of 2020.
The City also launched a public education campaign this week to remind drivers to exercise caution, stay alert and watch out for schoolchildren. The campaign includes messages on how to be safe around school buses, pedestrian crossovers, busy intersections and in School Safety Zones. The campaign runs until October 31 and is currently featured on transit shelters and in parking garages in addition to radio and social media ads.
As part of its Back-to-School Traffic Safety Campaign, the Toronto Police Service will be focussing enforcement around School Safety Zones from September 9 to 17. Officers will be watching specifically for drivers who choose to speed, park illegally or drive distracted, impaired or aggressively around schools in the city. These behaviours lead to frustration, traffic congestion and an unsafe environment for our most vulnerable road users.
Back-to-school preparations are also underway in several neighbourhoods as part of the Active and Safe Routes to School pilot project, which aims to encourage children to use more forms of active transportation and to increase safety along designated walking/cycling routes to school. The pilot includes road markings and installation of signage and stencil markings on sidewalks to encourage children to walk, cycle or wheel to school, reduce speeding and increase safety.
The pilot is made possible through financial support from Green Communities Canada and the Government of Ontario. It is also funded by Bloomberg Philanthropies through its Partnership for Healthy Cities, a global network of cities committed to saving lives by preventing noncommunicable diseases and injuries. Supported by Bloomberg Philanthropies in partnership with WHO and the global public health organization Vital Strategies, the Partnership for Healthy Cities enables cities around the world to deliver a high-impact policy or programmatic intervention to reduce risk factors in their communities.
The City of Toronto’s Safety Guide for School Children and Parents includes important information and advice on walking, cycling, wheeling, driving or taking the bus to and from school. The guide is available here PDF .
The Vision Zero Road Safety Plan is a comprehensive action plan that aims to reduce traffic-related fatalities and serious injuries on Toronto’s streets. With more than 50 safety measures across seven emphasis areas, the plan prioritizes the safety of Toronto’s most vulnerable road users: people who walk and cycle, schoolchildren, and older adults.

Province Thanks and Honours Ontario Workers on Labour Day

City of Toronto counters have served more than 12,000 residents since reopening 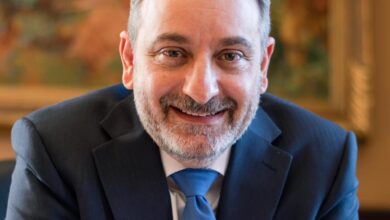 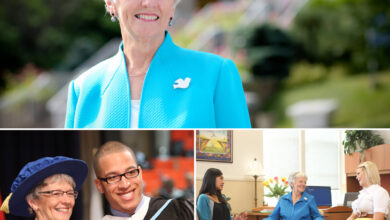 Statement by the Prime Minister on the death of Alexa McDonough 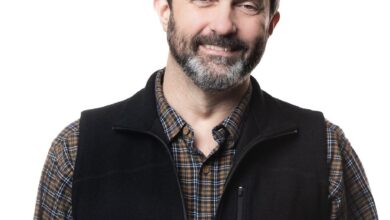